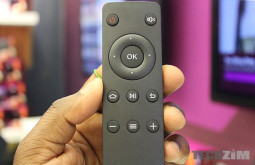 The Econet Wireless group has recruited people from all over the world for its soon to be launched pay -TV service, Kwesé TV and is in the market for even more talent.

According to a statement released by Econet, the hiring process is still in progress and more than 200 people are expected to join the company over the next six months for the pay tv service.  Kwesé TV will be operated out of offices in Johannesburg, South Africa and Dubai.

News of the launch of Kwesé TV was announced recently when Strive Masiyiwa, the founder and Chairman of Econet Wireless shared the information on his Facebook page.

Kwesé TV is set to operate as a subscription-based Video on Demand service and will be made available through the internet which Econet is set to provide through its own telecoms infrastructure.  Liquid Telecom, the telecoms carrier that is part of the Econet Group has also been working on a pay TV service called ipidi which is set to use Liquid Telecom’s vast cross-continent fibre infrastructure.

Through Kwese TV, expectations have been raised by the plans announced to offer a variety of acquired and developed content that also includes sports and general entertainment. The huge focus on sports was accentuated by the launch of Kwesé Sports which is an online platform providing sports content in the form of news and some international football.

The general sentiment is that Kwesé TV will provide competition for MultiChoice’s DStv which is Africa’s largest pay-tv service which has largely operated as a virtual monopoly in pay tv services for Africa.

28 thoughts on “Econet to hire over 200 people for new service, Kwesé TV”