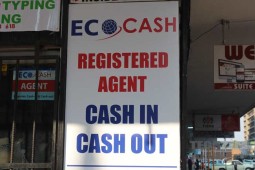 EcoCash, the mobile money service from Econet Wireless first entered the Zimbabwean financial services space in 2011 and since then has had a steady growth in users and transaction volumes. This has turned it into the largest local finanical services platform.

Mahindra Comviva, the technology services vendor and Econet’s technical partner in the introduction of EcoCash recently produced a video showcasing EcoCash’s role in financial services. EcoCash is powered by the Mobiquity Money platform which is provided by Mahindra Comviva.

The video gives an overview of the services that have been launched off the EcoCash platform since it’s initial Peer-to-Peer money transfer proposition, to the more recent services like its NFC payments offering as well as the role it has carved out as a virtual bank through services like EcoCash Save.

EcoCash has 5 million users and according to a 2015 report from the telecoms regulator POTRAZ, it accounted for 98% of mobile money deposits. In Econet’s 2015 financial report, EcoCash was recorded as having handled $5,5 billion worth of transactions and contributed 8% towards Econet Wireless Zimbabwe’s revenue.

You can watch the Mahindra Comviva video below.