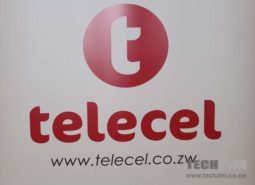 Recently the Ministry of ICT confirmed that the government had purchased a 60% stake in local mobile operator Telecel Zimbabwe from Vimpelcom but one other interesting detail that was shared in relation to this was the valuation of the mobile operator.

While responding to questions from parliamentarians on government’s deal with Vimpelcom regarding Telecel, the Minister of ICT, Supa Mandiwanzira said that the operator’s market capitalisation stood at a minimum of $250 million.

If you look at the value of Telecel on the market today in terms of its subscriber base, in terms of the infrastructure, the network that it has built and in terms of the potential future cash flows of the business we are looking at a business entity that is no less than $250 million.

Mandiwanzira also highlighted how there is a huge level of optimism in the earning prospects of Telecel as it stands to outperform other state-owned enterprises, particularly its rival and now sibling, NetOne.

With the amount that we have spent plus an additional maybe $30 million investment, we could make Telecel Zimbabwe one of the biggest operators in this market which could pay huge dividends to the government.

It is not saddled with a lot of  debt as is NetOne which is currently saddled with $300 million plus in debt because of the various loans that it has accessed through China of $280 million and $45 million and other borrowings locally. Telecel is not in that kind position.

So in terms of the best chances of having a strong, viable, efficient business, Telecel, among government-owned entities, stands out in that regard.

When we reached out to the Minister for clarification regarding the valuation he explained that the $250 million figure had been determined by the investment advisors for the transaction and not by the government.

A fair valuation or overpriced company?

At first glance, this is a very generous figure. Telecel only recently attracted $40-million for 60% in the deal that was hammered out with Vimpelcom and it also received an offer of $20 million from Brainworks for the 40% stake in the operator that is held by the Empowerment Corporation.

It is currently the smallest of the three mobile operators in Zimbabwe. In the most recent tally from the telecoms regulator, Telecel had 1,919 million active subscribers.

In terms of network infrastructure investment, the most recent figures showed a national spread of 983 base stations for its 2G and 3G services which handle 7.1% of Zimbabwe’s total mobile broadband traffic.

Its share of mobile revenues in the last quarter of 2015 stood at $16,615 million or 11.5% of a $191 million national total and for a growing segment like mobile money it was handling 3.1% of all transactions in Zimbabwe.

All this suggests that Telecel is under an enormous strain and a $250 million valuation seems rather generous and very optimistic. especially when it’s stacked up against its contemporaries.

Econet Wireless, the country’s largest operator and Telecel’s largest competitor which is listed on the stock exchange has a market capitalisation of $227.3 million.

Its figures for network infrastructure (3,434 base stations), subscribers (6,7 million active) and revenue in the fourth quarter of 2015 ($134.1 million) cast a shadow on Telecel’s own numbers.

It’s worth highlighting that Econet has been undervalued by the recent erosion of value on the Zimbabwean Stock Exchange so a valuation of less than $230 million for the operator is also a huge discount that doesn’t reflect its intrinsic value.

Looking at Telecel, $250 million isn’t such a stretch, especially when other factors are considered here.

Vimpelcom is reported to have poured in about $237 million in Telecel. Such a huge investment clearly contributed to its actual value.

At the same time, coming under government ownership will help the operator clear some of the headaches that have stifled its growth prospects and valuation like its unpaid operating licence debt and the strain of policy compliance for indigenisation.