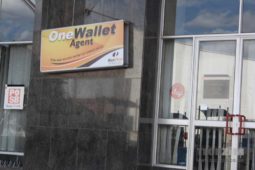 NetOne is Zimbabwe’s second largest mobile telecoms service and in the past year, it has been on a very a very strong growth curve. However, the same can’t be said for its mobile money service, OneWallet.

According to the first quarter sector performance report from the industry regulator POTRAZ, OneWallet recorded 12,980 users in the review period ending March 2016. That’s 0.4% of the active mobile money subscribers’ market and less than 1 % of NetOne’s 4.3 million total active users.

This total is also about a fifth of what Telecel’s Telecash has for active users (64,905) and is dwarfed by Econet’s 3.121 million active users.

These poor user numbers would also explain the pathetic performance figures that were presented earlier this year when corruption and mismanagement allegations at the mobile operator surfaced.

It was reported that OneWallet was generating a monthly profit of $1,000 despite a $600,000 investment made to get the mobile money platform.

As far as missed business opportunities in local telecoms go, NetOne’s failure to grow OneWallet is a stand out case.

First launched in 2011 (the same year as EcoCash, albeit 8 months earlier) the service failed to gain enough traction and NetOne relaunched the service two years later with a renewed marketing focus that helped it grow to a 200,000 user total in early 2014.

However, even with the new look and the potential to lock certain services like the sale of prepaid electricity, OneWallet is still struggling to grow, failing to even match the subscriber growth rate that NetOne has recorded over the past year which is key in providing a pool for new user signups.

NetOne’s OneWallet mismanagement is a major contributor to dual SIM card ownership as it creates a mobile network that is good enough to attract new subscribers but failing to provide an integrated Zimbabwean telecoms experience with a weak mobile money service that forces subscribers to keep that extra SIM card for EcoCash transactions.

For an operator that is eyeing a major turnaround, that discord and those numbers are a major concern.

As traditional telecoms revenue centres like voice and SMS decline, NetOne will have to pour a lot of energy into crafting a winning formula for OneWallet sooner than later.

In success markets like Zimbabwe mobile money services have emerged as one of the consistent growth centres, something that NetOne’s biggest competitor Econet has since capitalised on with extensive investments into its EcoCash service that include value added services like remittances tie ups as well as extensive biller and merchant integrations.

OneWallet’s growth and the success of NetOne lie in its figuring out how to adopt similar strategies to heighten its use case and hopefully attract more users.