The Reserve Bank of Zimbabwe issued a public statement yesterday, 25 August, warning the public against participating and investing in Ponzi and Pyramid schemes.

According to the RBZ, Ponzi and Pyramid schemes tempt people into investing their money in lucrative investments and contribution systems with the promise of high returns.

The RBZ further explains that a Ponzi scheme attracts investors to invest money with a scheme operator in the belief that they have a genuine market to invest in.wait for their promised return on capital plus initial investment.

After investing, they are told all they have to do is wait for the promised profit plus initial investment.

A Pyramid scheme is slightly different in that participants of the scheme are made aware of the system of recruiting new members to earn more money, the newly recruited members also need to recruit new members to earn money, creating a system that allows the earliest members to maximise benefit from the growing membership. 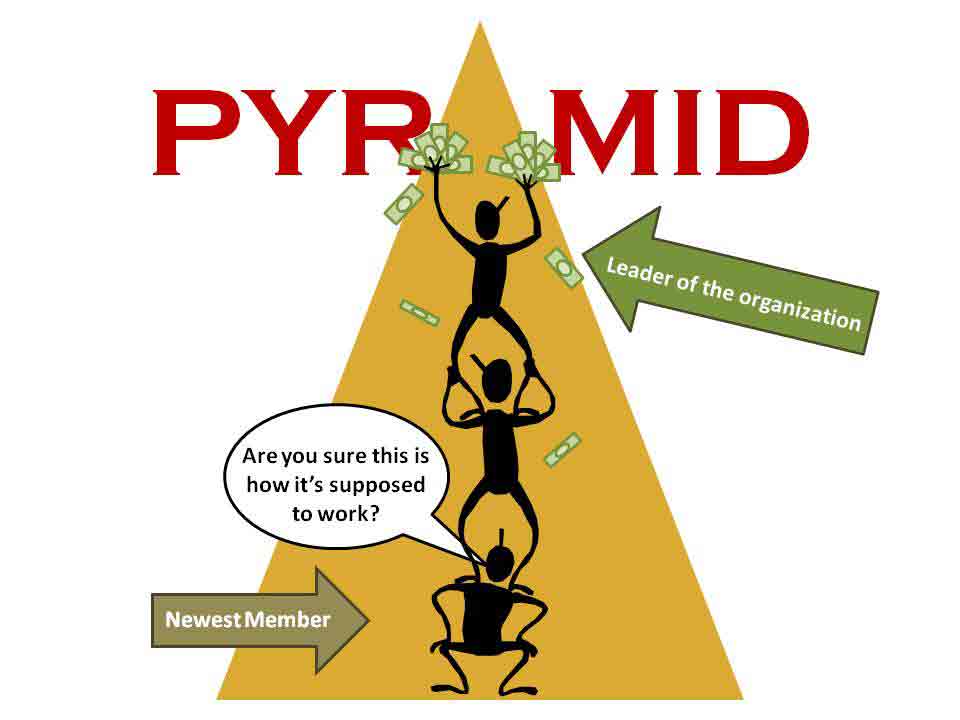 Existing members get paid from money generated from new members buying into the scheme, until such a point the scheme can no longer sustain itself, as no money is actually being made in the “market” or from “investments”.

The RBZ has fingered MMM Global Zimbabwe as a major culprit of both fraudulent activities, creating a system that allows only the top members to benefit, leaving the rest exposed to the financial risks.

Additionally, the RBZ asserts that MMM Global Zimbabwe is not a registered or regulated entity in Zimbabwe.

Operating from a website and through “on the ground” recruiting agents, MMM Global Zimbabwe does not have an official physical or postal address, and nobody to take responsibility of ownership.

Through this statement, the RBZ has clearly stated that the scheme is not registered under any law and its activities are not regulated or supervised by any authority in Zimbabwe, thus removing responsibility and liability off their shoulders.

Investing in this scheme is at your own risk and if you lose your money, don’t expect any kind of legal grounds to build a case.

But, I am of the belief that as soon as the RBZ finds a way to stop MMM in its tracks, it will enforce whatever measures to do so.

This statement has reignited my interest and speculation of MMM Global Zimbabwe. I will soon cover  just what exactly MMM is in the coming days, its rise to popularity and just how it works.  how it got to this stage where a Reserve Bank warns the public

I will soon write what I think MMM really is, including its rise to popularity and just how it works in an economically depressed country.

It is interesting that a whole Reserve Bank has taken notice to it and has warned the public against participating in it.

Is it because MMM works out of the system  and the RBZ has failed to find ways to benefit from it? Or are they genuinely concerned with the risk people are putting themselves under?

Also, why is it that MMM South Africa is being investigated by the South African police in partnership with the feared task force the HAWKS and is reported to have collapsed?

Many MMM members come out in defence of this Ponzi/Pyramid hybrid scheme and call it a “Donation” system where people “help” each other, how true is that?

How did MMM utilize technology to gain popularity and run a well-orchestrated online system?

And lastly, what is its relationship to another highly speculative money scheme, BitCoin? End Game Strategy in fear of Bond Notes?

All these questions will lead my mini investigation of MMM, but for now, take heed to the warning, and stay clear of it, recently I heard of 3 MMM accounts being frozen. in their

In their defence of their system, the MMM members said the problem was just too many withdrawals in comparison to deposits, so the system needed to be “replenished” with new members.

You always know something is fishy when the participants can’t even explain what they are doing.