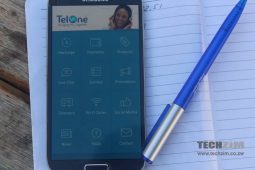 It’s been two years since TelOne, the Zimbabwean State-owned telecoms operator and virtual fixed telecoms monopoly started on a path to reinvention.

Even after some changes that included a management shakeup, revising its product lineup to become an internet-first company plus literally assuming a new identity (logo, colour, is that a new tagline?) the Runhare House crew is still trying to prove that things have changed.

Their latest show of transformation has been a redesigned website and the TelOne Care App. Both have been crafted to, in one way or another, digitally enhance TelOne’s customer care value proposition.

While the website deserves its own focus, a lot of the attention right now should probably be on the mobile app.

This is a first for TelOne and the company appears to have provided a solution that resonates with the predominantly mobile Zimbabwean internet community.

You can download the Android version of the TelOne Customer Care App by following this link to Google Play. It’s also available for iOS.

What does this app do? 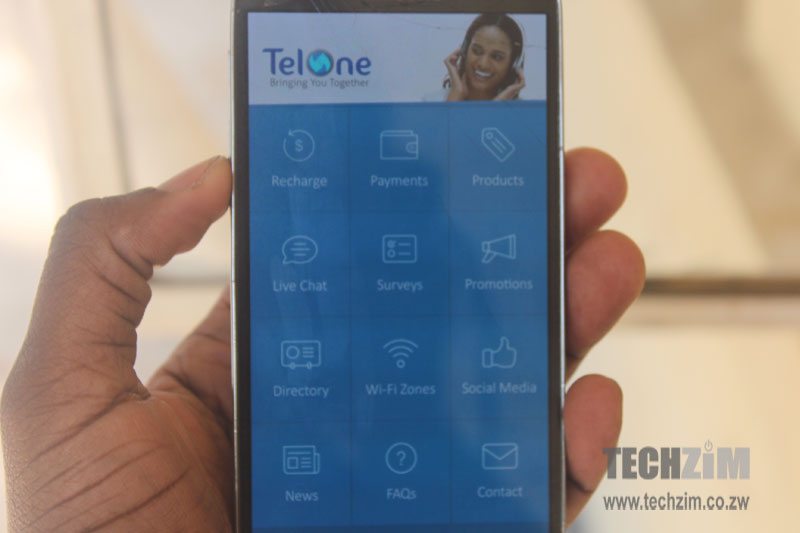 TelOne pretty much played by the unwritten rules of customer services apps for utilities – creating tabs for different services that we now expect from a mobile customer experience app.

Some of the major features packed into the app include;

Good with the basics, but there are some glaring omissions

All these features play the important role of extending fingertip access to the TelOne experience.

However, a quick use of the Android and iOS versions of the app show a couple of features that weren’t catered for but are now part of what TelOne is delivering online. 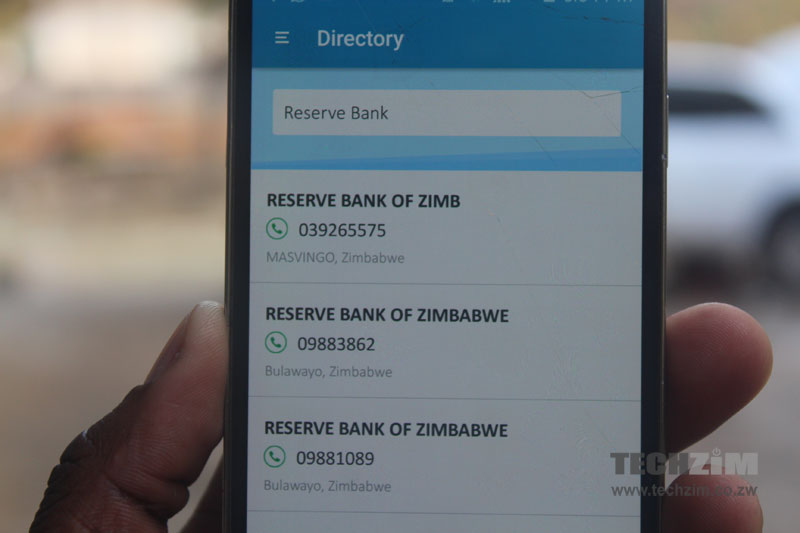 On the Android version of the app, for example, you can’t tap on a number or contact retrieved from the directory to directly make a call. It’s something that should be obvious, especially considering that TelOne included this in the iOS version.

The app also fails to provide any account history information for subscribers using both TelOne Voice and ADSL services. 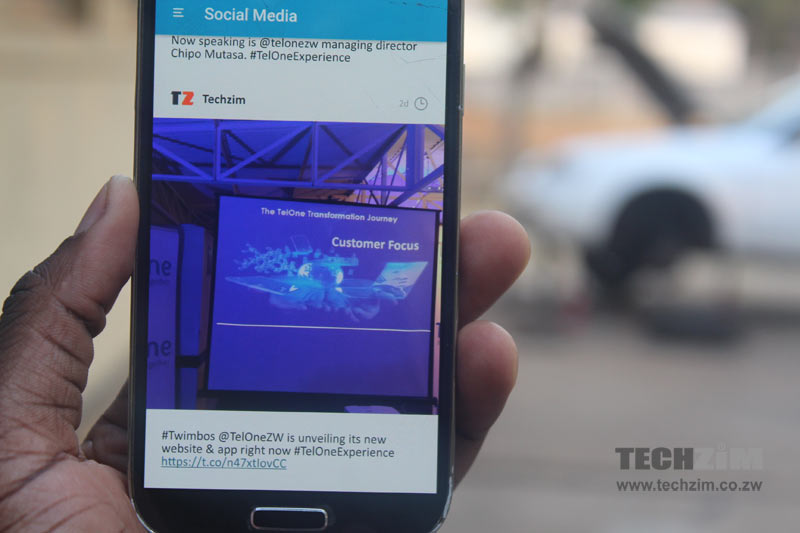 The social media feature on the app only gives you a run through what has been said about TelOne on social media (actually seems to be integrated with Twitter only), it doesn’t direct you to TelOne’s pages or accounts, an option which would have perhaps given users a chance to provide the company with feedback.

Then there’s the fact that you can’t buy ZESA’s prepaid electricity tokens from the app.

This one service which was tucked into TelOne’s Telpay web service (and probably contributed significantly to the millions of dollars Telpay is pushing now) would have been a nice to have on mobile.

It would have given more non-subscribers a reason to download the TelOne app (ie I can pay for ZESA with EcoCash using this mobile app) and provide more exposure to the product promotions that are littered all over the app.

To be fair some of these issues can still be resolved and are supposed to be addressed in the short term when users point out their concerns.

If TelOne does continue to make improvements to the apps based on feedback as they have promised,(apps are made to be updated) they could probably be fixed in future versions.

What are your own thoughts on the TelOne mobile app and its redesigned website?

2 thoughts on “TelOne scores major points with a new app, but leaves out some key features”