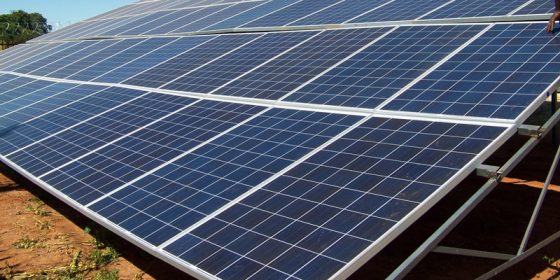 Last week we looked at how relevant knowledge about basic electrical terms such as Direct Current and Alternating Current communicates with our daily lives.

My intention with this series is to be as technical friendly as possible so that wherever possible, our book of reference will be the basic textbook or secondary school dictionary. Flowing from that, here is a textbook definition of current:

A simpler characterisation would be that an item that uses a large amount of electricity, let us say a heater or an iron will draw more current than an item like a light bulb which uses less. Using this precept, current is the amount of power that comes out of the wire as demanded by your appliance, big or small.

German physicist and mathematician, Georg Ohm discovered a before then known relationship between voltage (volts), electric current (Amperes) and work performed (watts). In honour of his genius, the discovery was named Ohms law.

Ohms law in part states that current multiplied by volts will equal watts. The formula can be reversed to reveal current. This is pretty much the only calculation that you will always find useful as we discuss energy management and ultimately when you….#GOGREEN

What is my demand?

Demand in electricity can be described as the volume of power required to power an appliance or a set of appliances in the home.

Let us take our all-time favourite, the TV. There is an information tag that is always attached to your TV with “meaningless” numbers like the following: 230vac – 0.8a. (or 230 volts AC at 0.8 Amperes). They may not seem to mean a lot to Citizen X whose only interest in the appliance is the picture and audio that comes out of it when it is plugged on, but the really should for a variety of reasons, safety being one of the key ones. The numbers tell us the volume of power the TV will require to operate. A mismatch between the power source and the appliance can have a number of unintended outcomes.

When we know how much power the TV requires to switch on, We can work out how much power it will use for a given number of viewing hours, this is called consumption and this is what power utilities bill you for. This work done is rated as watts consumed in an hour or Watt/Hours abbreviated to “Whrs” or “Kwhrs” when the number reaches 1000 watt/hours.

The divisions on your electricity metre are related to this measure of watt/hours, either as watt/hours themselves or a representation of the watt/hour commonly called “units”

Next week we will look closer at power consumption and the basics of power management.

As always, if something got lost as you read the above, please read through again and if it still is incomprehensible, send any queries which can be answered directly to you to tech@clamorepower.com. Believe me, even the simplest question is a pleasure to deal with. Your questions will also assist me to communicate this science of power better. You can also visit our FAQ page for more information.