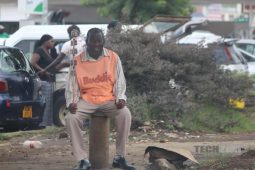 Zimbabwe’s Ministry of Health and Child Care has delayed the implementation of a health levy which was meant to be effected on all airtime purchases.

According to Newsday, this was recently revealed to the Parliamentary Committee on Health by the acting Health and Child Care ministry permanent secretary, Robert Madyiradima. He explained how the Ministry of Finance had indicated that the implementation was yet to occur as the Ministry was working on aspects related to collections and policy guidelines.

Talk, Surf and Save a Life

In a delivery of the national budget in December 2016, the Minister of Finance Patrick Chinamasa announced the proposal to introduce a 5% health levy on all mobile airtime purchases.

Under the theme “Talk, Surf and Save a Life” the levy is expected to beef up the US$281 million budget allocation for the Ministry of Health and be used for procuring drugs and equipment with effect from January 2019.

Despite its noble intentions, the levy has been viewed as an added financial obligation for Zimbabwe’s mobile network operators (MNOs) that have in the past voiced their concerns over additional taxes such as another 5% levy introduced on airtime purchases in 2014.

A delay on the health levy will mean a temporary relief for the MNOs that still have to face other fiscal obligations which include steep licence fees, standard corporate taxes plus annual contributions towards an innovation fund and a universal services fund.