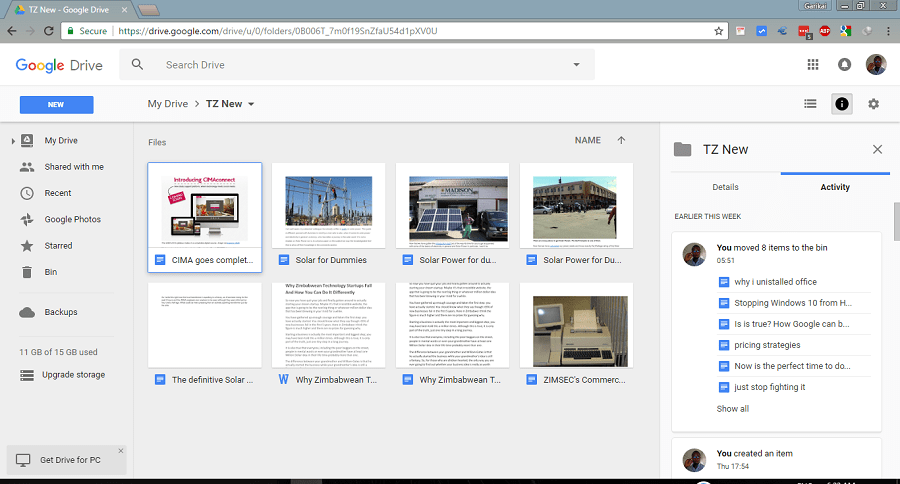 Truth be told I sort of tolerate the Windows Operating system for various reasons including the fact that it has better multimedia driver support and most accessories have plug and play support, while in my beloved Ubuntu I might have to go into the terminal to figure things out.

Most importantly it’s the only way I can use Microsoft Office without having to pay Bill every other month. In the old days, all I had to do was buy a new laptop flip the lid, remove crapware that comes preloaded, install an antivirus and then I was good to go.

Now things are decidedly different. I had to struggle to gain limited control on how I received my updates. Removing some of the useless applications like MSN Sports and other useless bandwidth hogging parts was unnecessarily hard.

Office, it seems, is no longer preactivated

To top all that off it seems the preinstalled version of Office that came with the laptop was not even activated! And that is where the trouble began.

A tale of confusing licences

Since I have sworn off pirated software I decided to find out how much it would cost me to get a licence. The array of licences available is mind-numbing and confusing. There are SPLA, FFP, OEM (I knew was not looking for this right away), USL and of course Volume Licensing where I have to pay Bill every month/year.

After deciding I didn’t really want to spend an eye-popping $290 – families live off that kind of money- to buy glorified text editor I decided to have a look at volume licensing which looked cheaper. Only to be confronted by another endless iteration of options and tables.

Later I discovered I had to pay $99 a year for the trouble of having One Note on my desktop. Then it got me thinking. Do I really need Office anymore?

Do you really need Office?

Like I said above there was a time when Ms Office was the mainstay of every office big and small. Google Docs was not even considered an alternative, it was clunky, lacked essential features, terrorised Internet Explorer and stretched it to its limits, required a very good internet connection and produced documents that were not exactly compatible.

That was then. Now, Google Docs is a rival that Ms Office products have to contend with. While for nostalgic reasons people still tend to stick to Ms Office I don’t think the experience is worth the $99 a year experience.

Add the fact that sometimes I just want to work from any device without being shackled by the fact that the demi-gods at Microsoft could not be bothered to port Office to it, Google Docs became a viable alternative.

The last straw was when the Office Update Utility started chewing through my limited bandwidth in the middle of the day rendering my connection unusable.

So I said no to Microsoft and decided to avail to Google one more facet of my life. Now the damn thing knows where I stay, the weather, what I look like, where I have been and just about everything else. Creepily it tells me when it’s time to go to work and alerts me when my secret football team is taking a thrashing.

Getting some new love

Prior to this change, I had only used Google Docs occasionally. While it takes time to get used to the interface the experience is not unpleasant. One feature that takes some getting used to is the autosave feature. You type something and it is saved almost instantly without hitting Ctrl + S.

If you feign a British or American accent then there is voice typing to give your fingers a rest but it seems for all its omniscience Google still struggles to spell Tapiwa.

You also get access to common fonts such as Calibri plus the shipload of Google’s famous web safe fonts. A word of warning using these fonts would require the person to whom you are sending the document to, to download the fonts if they are using an offline document viewer such as Ms Office 2013 to view the document properly.

The interface is uncluttered and distraction free allowing your to focus on the task at hand. You can also Google search to include links or find the meanings of various words, use a thesaurus and most importantly share and collaborate with others with ease.

I am sure Ms Office’s cloud offerings have features to match these and to be fair but Google Docs comes with free 15 GB storage and if I want a paid version I have to pay $5 a month without going through a licensing ballet. I don’t even have to think about back-ups anymore.

You can also extend Google Docs using many of the offered add-ons. For the first time, I can spell the word café the way it’s supposed to be spelt without going through hoops. Don’t believe me? Try spelling MØ in Word.

One serious drawback of using Google Drive is that you need a constant and decent internet connection otherwise you will go bald as you constantly pull out your hair in frustration. Sure you can edit a document offline for a while but the suit is supposed to be used online.

A counter-argument can be made that Ms Office requires regular large updates to be downloaded and applied which means an internet connection would still be required but it will not stop working even if you don’t update it so.

Also while their version of Excel (it’s really called a spreadsheet) is decent when it comes to advanced features it’s just crap. It cannot even properly import CVS files generated by Google themselves which is pretty embarrassing.

You could also check LibreOffice

LibreOffice is touted as a FOSS Ms Office alternative. Personally, I don’t believe that at all. I personally detest it myself but some people swear by it. So if you do not have a constant internet connection you can try that route.

Stay away from OpenOffice while you are at it. It receives less frequent updates and I can predict its ultimate demise in the next coming months or years.

To be clear I did not uninstall Office because it was terrible, it just that for me, and I would guess for most people, there is really no compelling reason to choose it above its competitors anymore. That, plus Google Docs is pretty awesome you should give it a try.

18 thoughts on “Why I uninstalled Microsoft Office from my computer”