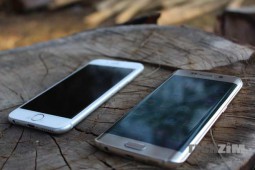 However the hit to Samsung’s sales is attributed to recall of 2.5 million of its most popular flagship offering the Galaxy Note7 over faulty batteries which could have easily secured Samsung’s lead. This stimulated some Samsung customers to migrate to Apple as is seen from the announcement made by Tim Cook that the iPhone 7 Plus, which is roughly the same size as the discontinued Note7, is their best selling ‘Plus’ iPhone ever.

But the year has just begun and Samsung is set to announce the Galaxy S8 around March this year which will pull out all the stops to redeem its dented reputation while Apple also will be bringing in (hopefully) something new for its 10 year anniversary since the first iPhone.

Fierce competition is also coming in from the return of Nokia who had the Nokia 6 selling out in 60 seconds posing a significant threat to the titans of the business.