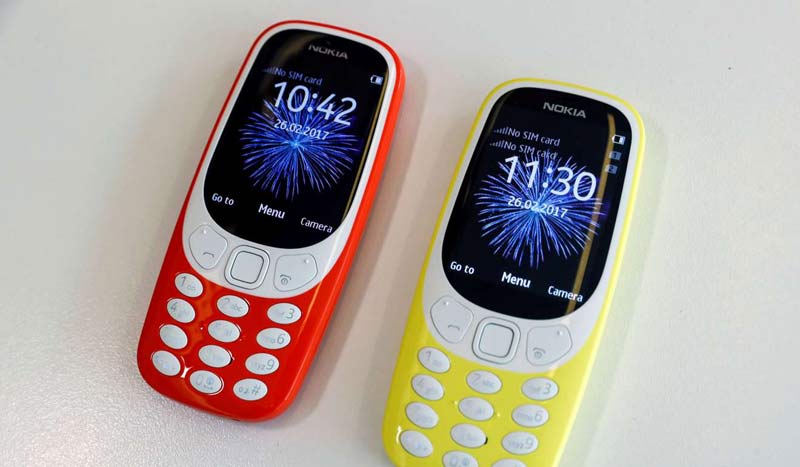 After some frenzied speculation that reignited talks about classic mobile phones, the Nokia 3310 – that iconic unbreakable mobile phone from the early 2000s was officially relaunched at this year’s Mobile World Congress (MWC 2017).

HMD, Nokia’s branded phone manufacturer unveiled the new version of the Nokia 3310 together with the other anticipated Android powered Nokia devices.

The new Nokia 3310, on the other hand, uses Nokia’s Series 30+ operating system which actually makes it more of a feature phone than a low-end smartphone.

It will give you internet access (Opera Mini comes pre-installed), connections via 2G and 2.5G and a patch of specs that you’d expect from every other feature phone these days – a dual SIM version, a small screen (2.4-inch QVGA display), a 2-megapixel camera, and a microSD slot. It’s also got the popular game snake.

The battery is still the big draw card here, and though it might not match the 3310 of old, Nokia has promised 22 hours of talk time. It’s expected to be available in the second quarter of 2017 at a price of about US$52.

As most people had surmised already, this homage version of the iconic phone is supposed to help put some shine on the Nokia brand by plucking on nostalgic strings.

Still, at that price and with those features, it’s hardly going to be your main mobile squeeze like what your old 3310 used to be.

For Zimbabwean users, it looks like it’s even less of a star for now. For now, that Series 30+ doesn’t support WhatsApp – the country’s most popular app not to mention that the Facebook experience will likely be a drag.

The prices and specs don’t look like they are set for an emerging markets type of device. That’s not to say there’s anything wrong with that, though. Nokia is trying to establish itself in markets where it was displaced.

But, still, all things nostalgic have been known to surprise the market. We’ll just see how many people will be willing to land it in Zimbabwe for ol’ times’ sake.