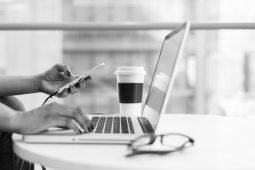 Cliché topic right? Yet the gender disparity in this field is still too evident to be ignored so yes, I’ll go on right ahead and talk about it. This article won’t really speak for countries where women are not even allowed to go beyond becoming a wife because evidently my approach here becomes highly irrelevant, but rather let me speak for Zimbabwe and other countries that are civilised enough to know the basic fact that women are human – yes, I said it!

So in the case of Zimbabwe, I’m interested to know if women are genuinely being side-lined from the tech spaces or they’ve been around a complaining society so long that the complaining has somehow rubbed off on them. This will help us see if indeed we are justified to fuss over the women’s participation in the tech world or not, as well as know what steps to then take.

I’m well aware of how issues of gender are at the hype, particularly to this millennial generation. However, I think we have just made it revolve around the idea of ‘victim and oppressor’ so much that we have lost sight of the other potentially important factors that contribute to this gender disparity.

In actual fact, it would be a shame for us to find out that we have been too busy playing the game of attack and defend over this issue of gender yet the matter is just a question of preference. It would be like wasting time worrying over the fact that fewer women enjoy the game of soccer compared to men. So maybe let’s get back to the basics and ask the right questions.

Questions like: is it that women are just not interested much in technology (by that I don’t just mean the simple use of a phone or laptop but probably the deeper things like its RAM, CPU performance etc.) or they ‘have been made’ not to? If the former; that is to say if women are just not as interested in tech as much as men, then we need not to cluster the issue in the same ‘victim and oppressor’ category with the rest of the gender wars.

However, if it’s the latter; then yes, women are justified to advocate for quotas, special grants and all as a way of correcting a previously unjust system that deprived women the chance of venturing into technology and/or made them feel incapable of tackling such.

The reason why this question should be taken seriously is simply because assuming that women are not being ‘given’ a fair playing field is in itself oppressive as it yields to a breed of women venturing into technology not because it’s a passion but just as a way of proving themselves.

Let me break it down before someone is infuriated by that statement.

In society, a woman who can code or program (or is involved in tech one way or the other) is termed smarter than say a woman pursing nursing or whatever else (sidenote: watch Fast and Furious 7 and you will understand exactly what I’m talking about).

In fact, sometimes we celebrate women in technology such as Sheryl Sandberg and Angela Ahrendts more than we celebrate their male counterparts and believe it or not, it actually says a lot.

So in essence, my question would be: are we not putting women under unnecessary pressure by indirectly challenging them to pursue tech related studies as a way of ‘liberating’ themselves?? – yet their participation levels have all just been a matter of preference and not necessarily oppression?

7 thoughts on “Women participation in tech. Should we worry??”