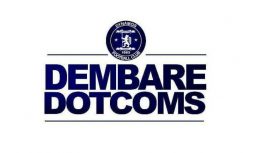 If you are a big local soccer fan… let me rephrase; If you’re a big fan of one of Zimbabwe’s top teams called Dembare, then you probably know of a popular Facebook page called Dembare DotComs. You may also know that this past Saturday, that Facebook page vanished into thin air. Disappeared like it never existed.

The Facebook page, which was created by a group of the team’s fans some years ago and grew rapidly to over 220 thousand fans, was apparently taken down by Facebook, but it’s not clear why. Dembare DotComs was ofcourse not an official Dynamos, and they were not always in the best of books with the executives at the team.

When we heard of the page’s disappearance, Techzim got in touch with Va Shagare, the creator and main administrator of the page, to understand what had happened and if the page was coming back. He told us they are not sure if Facebook will let them have it back, but that they are also not waiting and have in the meantime created another page: facebook.com/dembaredotcomsofficial.

We know we have been a marked page especially our coverage of the Warriors. We suspect that the page was reported. We are however trying to appeal but as you know Facebook has a serious red tape issue and disturbing if not annoying customer care. We are hopeful that we will win but in the meantime we have started a new home after an outcry from our supporters and many others.

But we strongly suspect a certain snr sports reporter , a prophet and a politician are heavily involved. We exonerate Dynamos FC, Caps United or Bosso fans.

Prophets, reporters and politicians aside, while uncommon, Facebook ‘page disappearance’ happens sometimes. There are a number of reasons that could cause it including; the page violating some Facebook’s Community Standards, the page being reported by a number of people for violating those standards, or even one of the admins having their Facebook account hacked and the page ‘stolen’ (or in this case, deleted).

Disappeared pages can however be reported to Facebook so that at least the issue is reviewed and tracked to its conclusion via facebook.com/support.

Update: The page was eventually restored by Facebook on 10 August 2017 and is available on facebook.com/va.shagare

2 thoughts on “Dembare DotComs: Facebook page disappearance blamed on a reporter, a prophet and a politician”