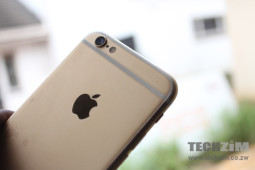 Apparently, Apple is coming for cryptocurrency miners on both the iPhone and the iPad. The company announced a new update to its developer guideline where it said apps may not run on unrelated background processes, such as cryptocurrency mining.

In the interest of all those who know little or nothing about how cryptocurrency mining works, it is basically all about math that can only be done by certain classes of computers. Obviously, it is not possible to mine on iPhone or IPad. Verifying transactions when trading bitcoin is a complex process, and I don’t see how that can be possible on the iPhone or an iPad.

Apple’s new guidelines may not have serious implications for miners at the moment since it is almost impossible to mine cryptocurrencies on the iPhone and the iPad. However, the company could be making this rule for the future. Technology is likely to get to that point where the possibility of mining cryptos on some Apple products can be possible.

Evidently, Apple is seriously concerned with those apps that drain batteries and don’t use power efficiently. That may not be the only issue, but it brings to the limelight what view the company has on apps affect the performance of its devices. The world’s largest tech company said;

Design your app to use power efficiently. Apps should not rapidly drain a battery, generate excessive heat, or put unnecessary strain on device resources, the company wrote on its website.

That said, many apps on the iOS store claim to offer users opportunity to mine cryptocurrencies from their devices, which in my opinion is the angle that Apple is also coming from.