Vaya Is Not The Death Of Hwindi, G Taxi And Others, It May Just Be Their Life 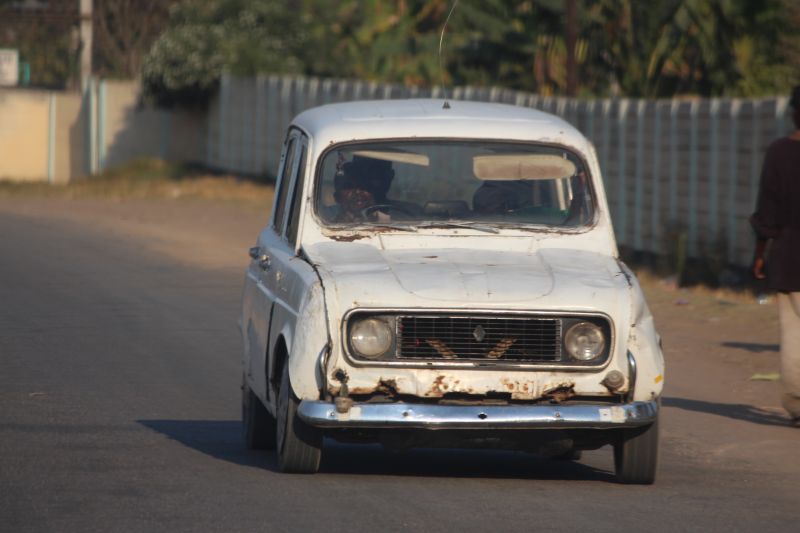 There is a near consensus out there that with the launch by Econet of Vaya their ride hailing and on demand delivery service a death certificate has been signed for startups that have been operating in this space. This is not necessarily true (nor untrue). How the startups will respond is what will determine whether Vaya kills them or actually fans them to life.

Econet (Cassava Smartech) has resources and they are not shy to deploy those resources to launch new products and to sell them as if their life depended on those sales. Right now they are on a drive to get as many drivers to sign up as they can.

Part of this process requires them to educate the drivers about ride hailing services right from the onset. This is great news for the incumbent startups, Econet is doing the work for them. The startups could not have achieved this from their non existent budgets.

Once a driver/car owner has the Vaya app, it’s not at all difficult to get them to download another app say, Hwindi. In fact it is of advantage to have multiple ‘Uber’ apps. Who doesn’t want choice? Who doesn’t want double dipping? In essence Vaya is helping Hwindi et al to solve the chicken and egg paradox that is difficult to solve in multi-sided markets/platforms. The driver side (chicken perhaps) is now easily solved and Econet is footing the bill.

Safety standards and regulatory compliance are an administrative nightmare as well as expensive in money and time terms. The incumbent startups can heave a sigh of relief now. Big Brother Econet is footing the bill for this as well. Econet is getting their drivers to go through registration processes with VID and the Zimbabwe Tourism Authority etc.

Towards end of last year, I was interviewing people who wanted to join our editorial team. I asked each of them if they knew Uber. Most of them didn’t. There is a lot of need for consumer education when it comes to ride hailing and on demand delivery in Zimbabwe.

Fortunately for startups in this space, Vaya is a gift that keeps on giving. As they promote their app, they are making consumers aware of the service in general and rival apps don’t need to invest so much in consumer education.  It is far easier to say, “Try my alternative to Vaya,” than to say, “I have this app… it’s similar to what’s called Uber….”

Vaya is weaker than its competition may realise

The consistent weakness in products that Econet launches is that they are launched by Econet, a telecommunications company. I think, the move by Econet to spin off Cassava Smartech is a genius one because it may just give them the chance to be the innovator and technology company they have always wanted.

When you look at the graveyard where failed Econet products (including Kwese TV) are buried you notice a familiar theme: Econet has struggled at businesses not linked to their network advantage. Trust me, I am not dissing Econet, I respect them and they have achieved a lot and there are some successes of theirs that prove my thoughts above false. However, I think largely, my assessment holds.

The Econet strategy to date has largely been to leverage their strong network and the resultant lock in to push new services. This is why Zimbabwe remains one of their most important markets if not the most important. The internet though is an open protocol and it has not been easy for the group to navigate it beyond supplying connectivity.

You can see this thinking with Vaya because their emphasis so far is to sign up drivers. However, once drivers have been signed up they can go ahead to download other apps no matter how many fuel coupons Econet gives them. Econet are using their strong balance sheet to kick this two sided market into action BUT there is no natural exclusivity here, it just doesn’t work quite the same way on the internet as it did with base stations.

The approach of Vaya towards riders is to incentivise use of the service by offering a free first trip and some referral discounts. Yes, this is good but there is no lock in after the free trip. The point here is that Vaya is equipping its competition almost as strongly as itself and the competitors will do well to take advantage.

What the competition should do

Competitors to Vaya should play with understanding of internet economics. On the internet, the number one thing is great customer experience. This sounds too simplistic but when you analyse internet businesses you realise this is what separates winners from grumpy losers in multi-sided markets which are winner takes all by nature.

Hwindi and others should receive the gifts given by Vaya with open hands and get to work. Their work is cut out for them. They should deliver a superior user experience. If they think it’s about money then they deserve to be beaten by Econet. Google won against a much stronger Yahoo and an even stronger Microsoft because they delivered the best search algorithm.

Already I have seen a few people saying they called a Vaya and either got no driver responding or a driver who responded later cancelled the trip. We could blame this on the fuel situation but if a driver is in a fuel queue why on earth would they be online and available on Vaya? The stories would end with the person who couldn’t get Vaya then calling Hwindi or G Taxi especially and getting the service.

The more this happens, the more the alternatives become the default and as that keeps happening the more drivers will be attracted to the said alternatives. Vaya must realise that giving out fuel coupons and some other stuff is helpful in getting drivers to trial out ride hailing gigs but the only thing that ensures lock in is superior user experience and a balance sheet is no guarantee of such.

G taxi, Hwindi, Mutumwa, Thumeza…. should realise that Econet is getting stronger every day. If they want to win they better bring their game faces right now, they should quit complaining about monopolies and get to work delivering the best user experience they can. Their life depends on it.

What Econet must not be allowed to do

Econet must not be tempted to (nor should they be allowed to) force exclusive relationships with drivers. This would be noncompetitive behavior. If they go down that route then they will be the monster some folks believe them to be and the Competition and Tariff Commission will be a toothless shame. I believe both to be neither.

The internet allows competition to be about customer experience, let the fight be about that and nothing else. I hope the startups will give Vaya a run for its money and not be found napping like the insurance industry was found by Econet….