Service providers have never been as accessible as they are now with the help of social media. They are not always prepared for continuous and real time engagement with customers though. Some ignore you for days whilst others immediately respond telling you such gibberish it would just be the same if they had ignored.

City of Harare is not found in those two camps though. A rate payer asked a question and they immediately got a relevant response. However, the person who responded did not seem to understand the meaning of the word privacy. Check this out: 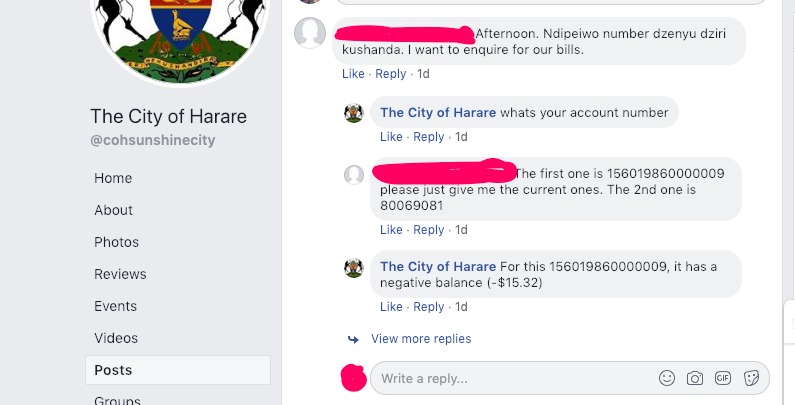 A little training can go a long way.

At least the customer owes a mere $15, if it were some people we won’t mention they would have been embarassed to death.