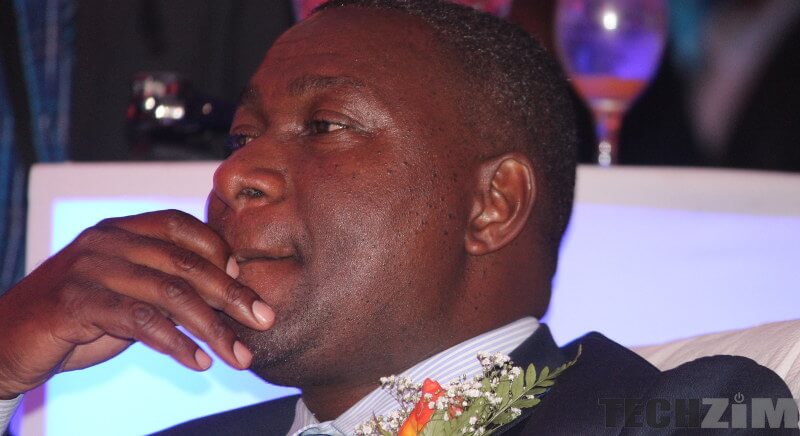 The Former ICT Minister is in a bit of a pickle as he is in an on-going court case facing charges of criminal abuse of office. It is alleged that Supa Mandiwanzira abused his office primarily in two ways; i) giving a company work on a government project without going to tender and, ii) appointing his PA to the POTRAZ board. Veritas recently published a bulletin that looks deeper into what criminal abuse of office is and the circumstances in which Supa could be found guilty and not guilty. Here is what they had to say:

Criminal Abuse of Office – What is it?

Former Ministers, civil servants and judicial officers have come in a small sad procession before the courts, almost all of them charged with criminal abuse of office.  The President has promised zero tolerance of corruption so we may expect the procession to become a flood in the months to come.  Criminal abuse of office seems to be the favourite crime for prosecutors to charge in these cases, so it is pertinent to ask what exactly the crime is and what are its limits.

Definition of the Crime

Criminal abuse of office – or criminal abuse of duty as a public officer, to give the crime its proper name – is defined in section 174(1) of the Criminal Law Code as follows:

“If a public officer, in the exercise of his or her functions as such, intentionally—

for the purpose of showing favour or disfavour to any person, he or she shall be guilty of criminal abuse of duty as a public officer …”

The section goes on say that anyone found guilty of the crime is liable to be sentenced a fine of up to $3 000 or to prison for up to 15 years.

So a person is guilty of the crime if:

Scope of the Crime

The crime seems very broad in its scope – impossibly broad, in fact.  On the one hand it would cover a case where a Minister flouts proper procedures and orders his subordinates to award a government contract to a company of which he, the Minister, is the main shareholder.  On the other hand it also seems to cover the case of a magistrate who, out of a mistaken view of the law or the evidence, wrongly acquits an accused person.  In the first case the Minister is using his official position to enrich his company at the public’s expense;  it is only right that he should be brought before a criminal court and punished.  But in the second case the magistrate has made a genuine mistake, something that even magistrates do sometimes:  surely it would be wrong to bring him before a criminal court because of his mistake?

Although there is nothing in the wording of section 174 to say that magistrates must not be prosecuted for making honest mistakes, Parliament cannot have intended the section to cover them:

·      If magistrates faced prosecution for making mistakes their judicial independence, guaranteed by section 164 of the Constitution, would be undermined.  In criminal cases they might be inclined to convict accused persons for fear of being prosecuted if they acquit them.

·      As the Chief Justice has pointed out recently, the law gives remedies such as appeal and review to parties who are aggrieved by magistrates’ decisions;  these remedies are quite adequate and do not have to be strengthened by sending erring magistrates to gaol, or fining them.

Why There Must be Limits to the Crime

We have used the example of magistrates making mistakes because they illustrate very clearly that there must be some limits to the apparently wide scope of section 174.  Apart from the absurdity of interpreting the section so that it criminalises honest mistakes, there are two additional but related reasons why the section must be given a limited interpretation:

·      The rule of law demands that crimes must be clearly and strictly defined, so that people know precisely what they can and cannot do.

·      The more vaguely a crime is defined the more scope there is for selective prosecution, that is for prosecutors to decide to prosecute in some cases but not in others.  Enforcement of the law will then depend on the whim of a prosecutor rather than on the letter of the law:  we then have the rule of power, not the rule of law.

In short, the rule of law demands that clear limits be put on all crimes.

What are the Limits of the Crime

Genuine mistakes should not be criminalised

First of all, the crime should not extend to honest mistakes, whether made by magistrates or by any other public officers.  Everyone can make mistakes, and so long as the mistakes are genuine they should not be visited with criminal penalties.

A court could read this limitation into section 174(1) very simply by construing paragraphs (a) and (b) as implying that they require knowledge on the part of a public officer that his or her conduct is illegal.  According to this interpretation public officers would commit the crime if they:

(a) do anything which they know is contrary to their duty, or

(b) omit to do anything which they know it is their duty to do.

In other words, the section should be interpreted so that public officers do not commit the crime of abuse of office unless they know their conduct is illegal.

Another limitation is suggested by the fact that section 174 is contained in Chapter IX of the Criminal Law Code, which is headed “Bribery and Corruption” and deals with crimes such as bribery, corruptly passing off false documents, and so on.  To fit in with the other crimes in Chapter IX, the crime of abuse of office should carry some element of corruption.  This suggests that to commit the crime, a public officer must intend to achieve an improper or illegal result.

To sum up, we suggest that section 174 of the Criminal Law Code should be interpreted to mean that public officers commit the crime of abuse of public office if:

(a) they do anything which they know is contrary to their duty, or

(b) they omit to do anything which they know it is their duty to do,

with the intention of conferring an undue or illegal benefit on someone else or of unfairly or illegally prejudicing someone else.

Prosecuting corrupt public officers is an essential step towards removing corruption from our public life, which in turn is an essential step towards Zimbabwe’s economic and social recovery.  Nonetheless the prosecution of offenders must be carried out fairly and with due process:  the rule of law demands this.  Reducing the excessively wide scope of criminal abuse of public office is essential if the anti-corruption drive is to be carried out with due observance of the rule of law.