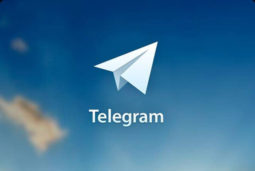 Users of Telegram Messengers in certain parts of the world had trouble exchanging messages through the service yesterday due to an enormous DDoS attack on the app’s servers.

For those unfamiliar with a DDoS attack, it’s short for Distributed Denial of Service, and it works by sending huge amounts of unnecessary requests, to the point when the servers just can’t handle the traffic any more. It can’t affect the data stored on the servers and, as Telegram confirmed, the data is indeed safe.

Telegram CEO Pavel Durov stated that the vast majority of the IP addresses of the actors originated from China. Coincidentally, the time of the attacks was the same as with the Hong Kong protests. Remember that time in January, some Zimbabweans turned to Telegram also after other social media platforms were shut down?

Telegram suffering such an attack during the protests can’t be an accident of course, as private and encrypted communication apps like Telegram are widely used by protesters who want to organize their next move, so it’s quite possible that the DDoS attack was orchestrated by Chinese state hackers. This, of course, cannot be said with certainty, nor it can be proven right now, but the indications point that The Chinese government attacked Telegram.

Later on Telegram tweeted, informing users that their system has now stabilised: