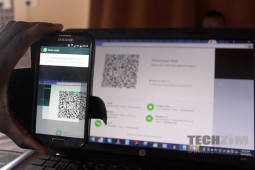 WhatsApp first released a web version of its popular messaging app back in 2015. But to use it, one needs to have their phone connected to the Internet. As most users know already, users have to authenticate their account on computers by scanning a QR code on the web client through the built-in camera functionality within the WhatsApp application on their phone. However, soon that will be a thing of the past.

WhatsApp is reportedly working on a new version of its desktop app that will work without authenticating with a phone. According to a recent tweet by WABetaInfo, the new desktop client is based on the Universal Windows Platform (UWP) and, will enable users to use it even when their phone’s not connected to the internet.

And yes, in according to my rumor, UWP + the new multi platform system = you can use WhatsApp UWP on your PC if your phone (Android, iOS or Windows Phone) is off. https://t.co/PgNZTnOxlj

In addition, WhatsApp is also reportedly working on a multi-platform system that would allow users to access their chats and profiles on more than one device with the same account. The multi-platform system will also work in synchronization with WhatsApp’s UWP so that you are able to use one account on different devices.

It’s not immediately clear when the new features will make their way to end-users, but it is said that it will be rolled out to both Android and iPhone users.

Also read: Here Are 3 Simple Ways To Save Data On WhatsApp