Fortune Chasi: We Have To Encourage Use Of Electric Vehicles 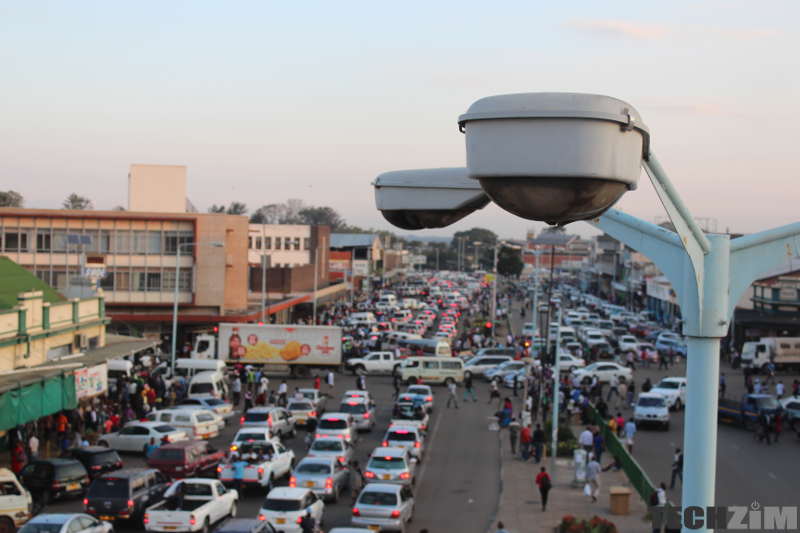 Energy Minister Fortune Chasi has said the country has to seriously consider electric vehicles (EVs) and how government can incentivise their use. The first thing that comes to many people’s minds is the fact that we are currently faced by an electricity crisis but the Minister said this shouldn’t be a deterrent.

When I spoke about electric cars (some time ago) I was the laughing stock. The idea behind an electric car is different from an iron whereby one irons their clothes while it’s connected to the socket. People are quick to say there is no electricity, how are we going to power the cars but we have to plan because electric cars are part and parcel of us dealing with energy issues and so use of solar. It’s very convenient that at every fuel service station we have solar powered charging points whereby one drives in and recharge.

Now it’s the time to think about incentivising these developments, for instance through encouraging investment in electric cars. In some countries there is both traditional fuel and other forms of energy to power cars so we really need to begin to think about how we can encourage investment in electric cars. It will have its own challenge, no doubt like how long will it take to charge but those are extra issues, it’s like saying I can’t buy a car because there is no fuel

Whilst this may seem far-fetched I decided to have a look at what some of the challenges faced by African countries that want to use EVs are.

According to World Economic Forum, this is a great time to explore the viability of EVs in Africa but one of the biggest challenges is the fact that there is a huge need for investment in infrastructure to support EVs (which our Minister acknowledged). Some of the infrastructure noted by WEF include charging stations, grid integrations along with planning requirements.

More uniquely to African countries, large EV fleets will require reliable power sources (something we don’t have right now) and reasonable power prices (something we do have). WEF noted that electricity blackouts were common in 30 of 48 countries surveyed at the time (July 2018) and this wouldn’t cut it for countries trying to be EV-friendly.

How can our government incentivise electric vehicles and what have others done?

There’s nothing new under the sun, or so they say. Other countries have been looking into incentives for Electric vehicles for close to a decade now and here are some of the measures they have implemented to try and make EVs more appealing.

Since our government is in no position to subsidise EVs, it might be a good idea to follow what Morocco has done and exempt EVs from paying customs duties along with a reduction of other vehicle-related taxes in order to incentivise people to bring these vehicles in. It increased the number of EVs in Morocco by over 300% and it could work for us if the infrastructure to support the vehicles is built out as well.

Of course, the discussion is more nuanced and the fact that most Zimbos buy their cars second-hand means the comparison to Morocco and any of the countries on the above list will not be identical but it will be a starting point.

Haha finish… Someone is a dum ass, electric cars costs USD +70 000… PLUS with the massive load shadings who would be confident own one…

Not entirely true; Nissan Leaf , Renault Zoe are in the 20k region. I do believe your point is valid but what’s wrong with making policy that incentivises use of EVs right now with a view beyond load shedding?

Isn’t that including subsidies? If zim put in place similar incentives (like near zero import duty on battery packs and cars) then I could maybe see EVs eventually trickling down. Oh, and a massive high speed charging network, we’d need one of those too.

EVs are a good idea, but I would estimate that over 80% of vehicles in Zimbabwe are Japanese second hand. For public transport, the percentage is higher. Those owners cannot replace their $1500 second hand cars with EVs. There is a reason the ban on second hand vehicles older than 5 years did not work. Those are the consumers of much of the fuel.
Why not invest in electric buses, electric trains and create a reliable public transport. It will take of most of the problems. The Harare City Council electric bus project was sabotaged. The government always do nothing, creating roadblocks, making it impossible to for the people to be innovative and/or implement their innovative ideas. And they want people to do the heavy lifting, lifting their own burdens as well as those created by the government.

Very important. An electric car is not a car by today’s Zim definition of engine capacity emissions etc, so must be imported completely duty free. Electric cars are in the range of 200km before recharging, enough for most daily work and school runs, then charge it at night when ZESA is back. Also encourage corporates to zone off areas for solar farms on-premise so that employees charge free of charge during working hours when there is lots of sunshine. These could also attract less toll fees – no CC to talk about so rate at the lowest possible for all of them. Encourage all large solar firms to have at least a charging garage accessible to the public. That way we eliminate emissions and fuel shortages. Many countries including RSA are already enjoying this so let’s take a cue and push for immediate implementation. We can reserve fuel for farm/mining tractors/gear and large haulage trucks for now.

True, I don’t understand why people say we have more pressing issues. If policy makers can address some of these questions right now we won’t be complaining about policy makers always lagging behind. If policies don’t work they can always be scrapped.

Import duties are a good place to start because they won’t cost anything to implement and if it works other areas such as charging stations can be addressed subsequently.