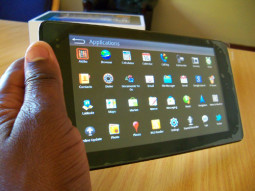 According to Andy Michael of VPNtesting, there are some Android VPN apps with more than 500 million downloads that are manipulating users by running ads in the background and most of the ads are placed outside the apps including home screen as well. The VPN apps are Free VPN Master, Hotspot VPN, Secure VPN and Security Master by Cheetah Mobile. At the moment of writing, all these apps are still available.

What do these malware apps

The HotspotVPN 2019 contains a code that displays full screens ads to mobile owners at any time irrespective of whether the phone is working in the foreground or not. This advertisement on full screen consumes not just battery but also mobile data as well. Free VPN Master developed by Freemaster2019 also contains similar codes that serve Google ads.

Another app named Secure VPN by SEC VPN is one of the worst malware ad apps that serve ads to people even when they are using other apps and also the ads are overlaid on top of the home screen resulting in hiding app icons. According to the report, these apps usually recorded activities of users to display ads.

The behaviour of Security Master app is more disruptive as compared to other apps. You literally can’t use the app for more than 30 seconds without being bombarded with ads. Whenever you tap a button in the app, it serves you will full screen ads that play videos.

According to Google ad policies on apps, the platform does not allow apps that display ads to users outside the apps or show some deceptive or disruptive ads. So Google is expected to take action on these apps if they are found guilty of violating its ad policies.