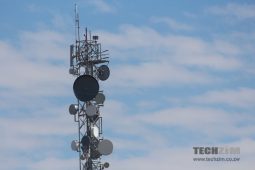 Many-a-time we’ve heard infrastructure sharing being touted as the end to most of our problems as mobile network subscribers. “Cost of data will be reduced”, is one of the most commonly focused on of the benefits. Considering that Econet and NetOne announced such a deal earlier this year, we wanted to look at what we can expect from such a deal.

This article will look at what infrastructure sharing is, its forms, along with global developments. Finally, we will also look at the impacts of such projects for both consumers and the network providers.

Take it from the top…

Passive sharing – Two or more operators share passive network elements; which could include sites, towers, support costs such as energy and maintenance, and backhaul. 3rd party tower firms may also be involved.

Passive sharing – combining sites, masts, fuel and in some cases backhaul – has become most popular given that it offers cost savings (up to 20–30% in opex and 40–50% in capex) while preserving the network as a differentiated asset to compete on given that spectrum holdings remain separate. In theory, active sharing – which extends to the radio access network and core – offers more scope for cost savings, but in practice these have proven difficult to realise given integration complexities, with this model also encountering regulatory discouragement given perceived risks to competition).

GSMA Closing the coverage gap — a view from Asia: 2015

Network operators can also go into joint deployment projects where they lay down infrastructure in different regions but then share it afterwards. In Europe, this has often been limited to areas that aren’t densely populated.

MNOs can agree on national roaming where operators use each other’s networks to provide services in geographic areas where they have no coverage.  Such arrangements effectively multiply any one carrier’s ability to cover the entire country, without actually having to deploy infrastructure everywhere. Operators might roll out competing networks in urban areas but allow each other to roam on their networks in rural areas.

In most European countries there’s some infrastructure sharing of sorts. Here are a few examples:

Overall, more needs to be done in Africa and the ITU acknowledged as much:

Collaboration on network infrastructure and services is a proven global model. As such, incumbents in Africa will perhaps have to consider opening up their networks to generate new revenue even if that means they will get a “smaller piece of the pie.”

What benefits have come about from all of this?

What are some of the downsides?

It seems globally the trend has shifted and most mobile network operators and in some cases regulators are more acceptive of these deals. For rural coverage, it seems some type of sharing is necessary if covering the entire nation is of priority.

One thought on “Infrastructure Sharing: What Are The Opportunities And Complexities?”