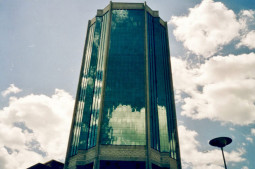 Some 10 years ago I wrote an opinion article in the Banks & Banking Survey (The Independent) titled ‘The case for a transparent, inter-operable and viral retail payment network‘.

The article advocated for the payments market to go digital or cashless, on the back of crippling hyperinflation which ended in 2009 when the economy dollarized. It was at that point when the economy had no fiat currency of its own and had just adopted the greenback as the transacting currency.

The decision stabilised the economy anchored on the political settlement of 2008, but it was hard going using the USD as the transacting currency. It was critical at that point in time that the market roll-out open and inter-operable electronic payment solutions to mitigate the difficulty of using a hard currency in a fragile and struggling economy. This call was done before the entry of mobile money in the market, in particular, the hugely successful Ecocash in 2011.

The key to transforming the Zimbabwean payment market was inter-operability and openness, I argued in the opinion article. I followed up with another article for this site, wherein I highlighted that mobile money interoperability was inevitable but not urgent for operators on the continent.

Mobile money interoperability is a huge debate across the African payments market today, with those in dominant market positions generally resisting it for obvious strategic reasons. The situation is rather different in the Asian market, where banks on one hand work more harmoniously with mobile networks and fintechs on the other.

It was with excitement that today I got hold of Statutory Instrument 80 of 2020 (Banking Money Transmission, Mobile Banking and Mobile Money Interoperability) Regulations, 2020 in the midst of the Covid19-induced uncertainty.

The first 6 pages out of 16 of the S.I. are largely progressive, addressing the contentious interoperability issue that will no doubt integrate and open the market as I articulated in my 2010 article. Banking has been interoperable for ages but mobile money has largely operated in silos, despite the fact that the underlying GSM technology enables cross-network connectivity for voice and messaging.

This move will accelerate a lot of product innovation and convenience for the customer, as well as lower the cost of service. For the man in the street, they will be able to move their money from their wallet or bank account to any bank account or wallet of their choice, something that they have to been denied for the last decade – because technically it has always been feasible. Bank, fintechs and third-party payment service providers are understandably thrilled, this intervention is close to the EU’s Payment Service Directive 2(PSD2) or the UK’s Open Banking framework.

I am yet to come across a more cashless economy than Zimbabwe on the African continent, albeit largely by default. The worrying bit is the last 10 pages of the SI, which are dedicated to the penalties for infringing the new guidelines. Mobile money and banking services accelerate the flow of money, and some monetary authorities in developing countries argue that it undermines their ability to utilise the monetary policy lever to control inflation and interest rates.

It is a fact that unlike most developed economies, developing economies like Zimbabwe which use mobile money are using T+0 settlements especially for P2P payments and that indeed fires up the speed of money. The new interoperable environment will accelerate the movement of money even more.

The Zimbabwean economy is on a downward spiral, hyperinflation is rearing its ugly head, the exchange rate is out of control and Covid-19 is delivering a body blow. The recent appeal by the government for funding from the multilateral institutions has laid bare the economy’s precarious position.

Could the last 10 pages have anything to do with strengthening the effort to reign in the parallel market, which has found an ally in the realtime settlement provided by mobile banking and mobile money? Only time will tell whether the benefits of the first 6 pages will outweigh the potentially pernicious effects of the last 10. Exciting times ahead!

This guest article was written for Techzim by Agrippa Mugwagwa (@AgrippaGRM). Mugwagwa is a banker and digital enthusiast, and he writes in his personal capacity