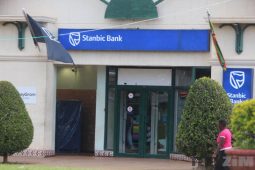 Stanbic Bank is set to launch contactless cards and POS machines that can facilitate contactless payment. This is the second Stanbic Bank contactless payment solution in the space of roughly two months. A couple of months ago they launched a QR Code based payment system in partnership with SlydePay. As we reported when that service launched, it didn’t seem to really fit into Zim because of QR code adoption. Stanbic Bank customers would also have to download SlydePay’s app to access QR Code payments.

Stanbic Bank is, nobly, trying to make contactless payments more commonplace. Both the QR code and the contactless cards are heavily influenced by the ongoing coronavirus pandemic. The aim is to reduce contact in places where we regularly transact.

We have however seen contactless payments before. In 2019 NMB Bank introduced similar service. Even further back EcoCash tried the tap-and-go card route in 2014 and both ventures didn’t have the desired effect. The motivations for the other two cases may have been different but that doesn’t mean that this effort from Stanbic won’t encounter similar issues.

The first problem is when Stanbic Bank customers get their contactless cards where will they be able to use them? The assumption is that these contactless cards work using NFC (Near Field Communication). So, how my outlets have POS Machines that are NFC capable? It is all well and good to have the cards but where will customers be able to use them for their intended purpose.

It’s also worth mentioning that these cards can still be used on a POS machine that doesn’t have NFC capability (swipe). But if there aren’t any shops that have NFC capable POS Machines what is the point of the contactless card?

The second problem is on the retailer’s end of things. Stanbic says that they have POS machines available. POS Machines are very expensive and how well this goes depends on the price that Stanbic will be demanding to either rent or purchase the hardware.

If Stanbic can offer these POS machines at a price that is reasonable then this may catch on. Who knows it might even force more banks to adopt contactless cards. But if there aren’t enough stores out there that can facilitate contactless payment then I find it hard to see this sticking.

One thought on “Stanbic Bank launches “tap-and-go” contactless cards. Will they catch on?”