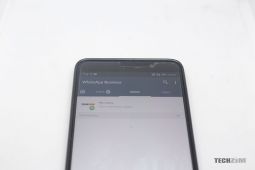 WhatsApp is reportedly working on a feature that will make it easier for users to report bugs in the app. At present users can report bugs by sending an email to “support@whatsapp.com“. I think we can all agree that this isn’t the best way to do this, especially for us in Zimbabwe where one might only have a WhatsApp bundle. Another problem is that users usually receive automated responses when they report bugs to the support email. It seems as though WhatsApp is trying to address this by a feature that was spotted by WABetaInfo in WhatsApp Beta version 2.20.202.7.

The image above shows what the new “Contact Us” could look like. Users can report a bug or any other problem in WhatsApp. The new section will also include a checkbox that users can tick if they want to send their device’s details.

Sending device details could also help WhatsApp find out if the problem that one user is having is affecting other users on the same device. It’s worth mentioning that it is unlikely that text messages and other media will be sent through in-app support.

WABetaInfo says that when users report bugs in WhatsApp they will be able to communicate with a technician in a support chat. When the problem has been resolved the query will then be marked as closed. The feature, according to WABetaInfo, is still in development. This is one that will be available to users sometime in the future.

I hope that this is not one of those WhatsApp features that surfaces and then is never heard from again.