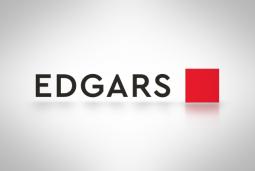 Edgars Zimbabwe is now making the shift to online and WhatsApp merchandise sales. This is something that isn’t too surprising because the pandemic forced many businesses to push their products and services online. An example of this is the forward-thinking Bulawayo Chiefs FC who last year opened an online and WhatsApp store for fans and admirers to purchase the club’s merch.

The hold up for Edgars to make this move was, according to a report by The Zimbabwe Mail, government approval which Edgars was able to secure last week.

“We officially kicked off selling through online platforms at the end of last week. There has been a positive response particularly on the WhatsApp platforms.”

It isn’t only a case of moving with the times

The problem for Edgars is twofold, the first is obviously the above-mentioned push for digital services. The second is a financial problem, Edgars has been in the dull drums of late because of the lockdown.

When the initial lockdown took effect the company’s sales declined by 66.15%. This was for both Edgars and Jet outlets, this move will see both companies position themseves closer to their customers. However there are some considerable problems.

Edgars has to navigate some hurdles

The first and biggest concern is with online shopping in Zimbabwe. Now, this isn’t to say that there hasn’t been some adoption and innovation around online purchases be it WhatsApp or on a website. But the things that really move are those that we need most often like airtime and ZESA tokens for example. Large purchases, on the other hand, most people I know would prefer to go an outlet than to do it over a platform.

Another problem that faces all online businesses is logistics. It’s one thing to build a platform that facilitates online purchases, it’s a different ball game to get those purchased items to customers.

It will be interesting to see if this works out for Edgars. If they can make this work somehow they will be a key domino increasing the adoption of online shopping in Zimbabwe further than where it is.

6 thoughts on “Edgars is now selling on WhatsApp & online”