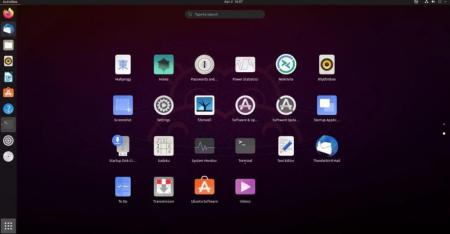 I must confess that I have an unhealthy work habit and need help. While everyone is overjoyed at the prospect of a long weekend break without work, my Easter holiday is turning into a nightmare as I have very little to do. To occupy myself, yesterday I downloaded the recently released beta version of Ubuntu.

What are you doing still using Windows?

Being not a regular Windows user I am often baffled when people hit my inbox to ask for a Windows activation key. Why would anyone pay for an operating system in this day and age? I am not Windows bashing, I am just saying if you cannot afford an operating system there are plenty of free options out there that will not demand an activation key in the midst of an installation.

There is this dated misconception that Ubuntu is somehow harder to use than Windows and you will struggle to find software replacements for popular tasks such as editing documents and playing videos. This is simply not true, lots of Windows users love and use VLC for example. Just like Ubuntu, VLC is free and open-source software. If you can use VLC you can use Ubuntu.

Those who tried Ubuntu a long time ago also complain about missing drivers. This is again not true. These days most manufacturers work with Linus Torvalds and his kernel team to include hardware drivers into the kernel itself. Ubuntu is a true plug and play operating system. For example, my current laptop comes with a Snapdragon WiFi radio, Windows failed to pick it up and only did so after I downloaded the driver using another device. Ubuntu picked it right away without requiring any input.

Now that we have gone through the perfunctory “come to Ubuntu sermon”, it’s time to look at what makes Ubuntu 21.04 a great operating system. I must confess right here and now, that I will not be using Ubuntu 21.04 as my daily driver. I never had any intention of ever installing it. I use LTS versions of Ubuntu but I like to see what’s coming to avoid being shocked next year when the next LTS comes out.

The most striking thing I noticed after booting into Ubuntu 21.04 is the fact that there were literary no visible changes between it and Ubuntu 21.04 except maybe the fact that there is a dark theme activated by default. According to other reviewers, there are also a couple of icon changes but I didn’t notice them. Besides that, there are no noticeable changes although the changelog shows a lot of under the hood fixes and updates.

The most disappointing thing is that the latest version of GNOME, GNOME 40, is not included as the default desktop environment. Instead, they are still using GNOME 3.38.4 which is basically the same as GNOME 3.36.8 on my Ubuntu 20.04 LTS. That’s not necessarily a bad thing as it means stability but the new Desktop Environment has received so many raving reviews I was curious to see how it stacked up on my own laptop.

I was so distracted by the sameness of everything that I was startled to learn much later after I had rebooted back to my beloved LTS, that this version of Ubuntu doesn’t use Xorg. Xorg is the traditional server that has brought GUI to millions of users for decades and there have been many attempts to replace its legacy implementation. Wayland is the natural successor and it runs so well this time I didn’t even notice any differences.

It seems rather odd for one to celebrate the fact that things haven’t changed that much but not all change is progress. Also for Wayland to successfully replace Xorg it must not rock the boat, it should rather quietly slip in and take up the yoke. In the Linux world, we value security, reliability, usefulness and stability above all else