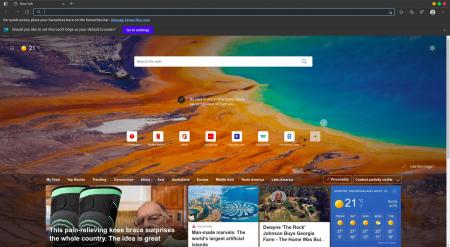 Recently a United States man who uses the services of popular internet service provider Comcast got the shock of his life. He received an email from Comcast telling him they knew the man had been using his internet connection to illegally download copyrighted content. Specifically, the man was accused of illegally downloading a copy of the Ubuntu Operating system in ISO format.

Increased use of automated tools

The internet is so vast and in that big dark sea, just like in times past, modern pirates have continued to thrive as copyright holders continue to struggle to find ways to bring them to heel. One favourite method that copyright holders are now turning to is automated monitoring and enforcement.

This is a cheap and easy way to protect your copyrighted work. It will not be able to stop all cases of infringement but it should be enough to make it difficult for those who are profiting from your work to do so openly and with such ease. Often though, the artists and creators usually lack the skills and knowledge to use such tools and so it is common practice on the internet to pawn off this task to third party specialists.

This is where problems crop up because often these third parties struggle to differentiate between legitimate and illegal use of copyrighted works. Not so long ago Techzim itself discovered that it had been accused by Udemy of pirating its works. The bots employed by representatives of Udemy happened upon our articles on Udemy and instantly flagged the content as infringement. Never mind the fact that this was actually material promoting the official Udemy site itself.

Anyone who knows anything about Linux will tell you that Ubuntu like most distros is Free and Open Source Software (FOSS). This means that anyone is free to distribute it even using torrents. In fact, Ubuntu itself encourages people to download Ubuntu using torrents. They even have official torrent files that you can use and it seems that this user was using these official files.

So what could have gone wrong? I don’t know for sure but I can speculate. Sometimes in a bid to hide from copyright holders, pirates intentionally mislabel files. In fact, in a lot of pirate tutorials, copyrighted material is often referred to using the euphemism Linux ISOs. This often protects the tutorial from being taken down as it would not overtly mentioning how to download copyrighted material.

That is unless you make a mistake and paste the wrong hash. The hash for the file in question, ubuntu-20.04.2.0-desktop-amd64.iso, is 4ba4fbf7231a3a660e86892707d25c135533a16a. With a long string like that it’s easy to see how one can make a mistake if they were saying copying and pasting. All you need to do is omit one character and you have a hash matching a completely different file. In this case, it so happened the wrong hash matched Ubuntu’s latest LTS ISO.

If that is the case it means a lot of people out there are already being accused of piracy even though they legally downloaded Ubuntu. This is the trouble with an automated faceless approach to copyright enforcement. This person already has a strike against their record and they can lose their internet connection because of this.

The process is designed to favour copyright holders and it sometimes cost thousands of dollars to clear your name. Fortunately in Zimbabwe at the moment ISPs hardly ever forward these kinds of notices and US laws do not apply to most Zimbabweans.

For the avoidance of doubt, downloading Ubuntu via torrent is legal, permitted and shouldn’t result in you facing copyright issues.

2 thoughts on “Punished for downloading Ubuntu via torrent”