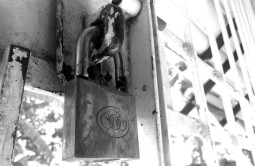 The Cybersecurity and Data Protection Bill which recently passed through the Senate without any debate has been recommitted to the same body over some errors through Standing Order number 158. This basically means that there are some clauses to the bill that need further attention and after this phase has been completed the Cybersecurity Bill will then undergo a Third Reading before being passed.

The Media Institute of Southern Africa’s Zimbabwe Chapter wrote a letter to Parliament on the 4th of August highlighting concerns arising from the recommittal of the bill which reads as follows:

Re: Recommittal of Cyber Security and Data Protection Bill in the Senate

MISA Zimbabwe by virtue of this letter, together with the undersigned organisations, writes to you to humbly highlight and express our concerns on developments arising from the recommittal of the Cybersecurity and Data Protection Bill to the Senate.

It is our humble submission that this development is undoubtedly of national significance and interest which deserves your esteemed attention and all the necessary due processes in line with the constitutional role and obligations of the Parliament of Zimbabwe.

The Cyber Security and Data Protection Bill which was gazetted in May 2020 and subjected to public hearings in July 2020, has now been recommitted in Senate following its passing in the National Assembly.

This recommittal is a clear indication that there are significant errors that have been noted necessitating substantive amendments to the Bill.

In light of the above, we, the undersigned organisations, hereby petition Parliament and the Parliamentary Portfolio Committee on Information Communication Technology, Postal and Courier Services to subject the amended Bill to public hearings.

Our position, through this petition for purposes of fostering and entrenching Zimbabwe’s constitutional democracy, is informed by the following reasons:

– Section 141 of the Constitution stipulates that Parliament must facilitate public involvement in its legislative and other processes and in the processes of its committees.

– In addition, Parliament should ensure interested parties are consulted about Bills being considered by Parliament unless such consultation is inappropriate or impracticable.

– The Cybersecurity and Data Protection Bill has clearly been subjected to significant changes and varied substantively from the gazetted Bill that was subject to public hearings.

– Passing this Bill into law, in its amended form without public consultation on the various changes is tantamount to violating the constitutional rights of citizens to participate and influence the law-making process.

– In light of the errors of a material nature that have been noted and acknowledged by the Senate, there is a need for an extensive review of the Bill with further input from the general public as well.

– To act and proceed otherwise, would be tantamount to Parliament undermining its duty to consult the public on key legislative developments.

– A law that addresses issues relating to cybersecurity, data protection and data privacy, affects every citizen, hence the need for a multi-stakeholder approach in its framing.

– Following the public hearings in July 2020, a Parliamentary Committee report was produced, which proposed recommendations as collected and compiled from the public consultations carried out.

– These recommendations should have informed and guided the changes made to this Bill. If significant changes outside the proposed recommendations have been further made, resulting in the substantive deviation from the original Bill, it is only reasonable, necessary and justifiable that the Bill, in its current state, be subjected to public hearings.

We are therefore appealing to you Honourable Speaker, the Clerk of Parliament, and Chairperson of the Parliamentary Committee on Information and Communication Technology, Courier and Postal Services, by virtue of the authority vested in you, to again subject the Bill to scrutiny by the people in the spirit of promoting, respecting and upholding the tenets of democracy.

The Cyber Security and Data Protection Bill is a key piece of legislation as it impacts the social, political and economic landscape of Zimbabwe.

A strong cybersecurity and data protection framework is critical for the exercise and enjoyment of human rights, trade,  increased investments and Zimbabwe’s socio-economic development.

Thank you for your kind consideration.

2 thoughts on “Cybersecurity Bill returns to Senate for a correction”