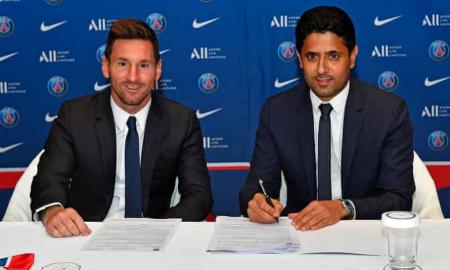 Lionel Messi’s move away from his almost lifelong club Barcelona came with something that is on message these days. According to a report by Reuters, Messi’s signing on package included Paris Saint Germain’s (PSG) crypto fan tokens.

If you are surprised that PSG has its own fan token or crypto you are in the majority. When I came across this story I had to look up what the Paris Saint Germain token was trading at against the USD, Bitcoin (BTC) and Etherium (ETH). According to Coin Market Cap the fan token, at the time of writing, will fetch US$42.06, 0.0009466 BTC or 0.01377 ETH.

However, it doesn’t look like this form of crypto is valued only as “money” (although it can be traded on exchanges). The tokens allow fans to vote on minor club decisions and PSG isn’t alone in this. Socios, the French club’s crypto provider, also does the same for Manchester City, Juventus, AC Milan and Messi’s former club Barcelona.

The value of Messi’s crypto welcome package has a speculated value of US$29 – 35 million. But PSG themselves didn’t explicitly say how much but they said it was significant. And as you would expect, Messi’s arrival increased the trading in the fan crypto. According to the same report by Reuters, trading volumes exceeded US$1.2 billion in the days before the Argentine great’s arrival.

All in all, this is yet another major endorsement for crypto. One can imagine that other clubs across the world who haven’t yet dabbled in crypto will seriously consider it now. And who knows, the religion that is football could become the gateway to crypto for the millions of its congregants.