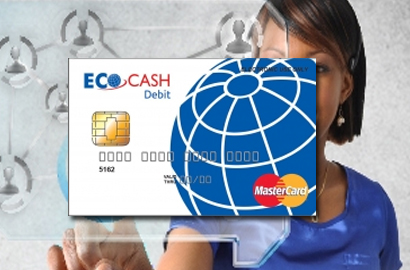 EcoCash allows users to have both a Zimdollar and a foreign currency wallet using the same phone number. So, if you have an EcoCash account, you already have the foreign currency account (FCA).

For now only two foreign currency accounts are available, the Rand account and the USD account. They work just like the Zimdollar wallet; you can receive money, make payments, send to others, cash out etc.

To access this FCA wallet, you simply dial *151# → Option 7 ‘Wallet Services’→Option 5 ‘Multicurrency’→Option 1 ‘Change Currency’→Choose the currency you want. You will have to go through the same process to switch back to the local currency.

Like I mentioned, you can use this FCA wallet to make payments. But how do you get money into that account? Only two options remain; either you receive money from remittances or from another FCA wallet user sending you money.

You can no longer cash in yourself. You could have the foreign currency in hand that you want to use to pay for something or to send to someone else but you cannot simply cash in that money. This is weird.

In Zimbabwe, both the government and private companies that can accept deposits are bending over backwards to get people to deposit/ cash-in their forex. It stinks to high heaven that EcoCash won’t allow you to cash in. You can just sense some govt sized impediment here.

EcoCash officially launched the FCA wallet back in late 2018 but only 17 months later EcoCash was triumphantly announcing ‘FCA wallet is BACK’. In only 17 months the service had been launched, fallen down to purgatory and resurrected.

The ups and downs over the years ended up causing confusion even amongst EcoCash customer service employees. Today, like I mentioned, the service is still up and running albeit with some features missing.

EcoCash customer service personnel told me I could cash in USD/Rand at any Econet shop. I went to an Econet shop in my hood and was told cash-ins could only be done at Avondale and two other branches. I thought okay, the customer service lady was mistaken.

So, I went to the Avondale Econet shop only to be told they no longer accept cash-ins. They told me no branch accepted cash-ins anymore.

Naturally I got back in touch with the customer service personnel via call, twitter, Facebook etc. On all those platforms, they assured me I could cash in at any Econet branch. I told them I had been told otherwise at two branches and they assumed I had tried to do this way back when the service was initially suspended.

I corrected their assumptions and they made some calls and then came back to me. What do you know, they were wrong. I had made the trips for nothing. Somehow, the memo had reached the Econet shops but skipped the customer service desks.

How that happened, I don’t know. If we can’t trust what customer service tells us then why do they even exist. You would think the people who respond to customer queries would be the first to be notified when there are changes to products and services. Someone forgot to tell them, it happens.

Recently we saw DStv backtrack on the decision to close their Joina City branch. They are yet to tell us why they changed their mind but if the EcoCash customer service story is anything to go by, remote customer service still has aways to go in Zimbabwe.

Not only did the EcoCash customer service staff give me outdated information, they hung up on me multiple times. It took all the patience that flows in my veins to hang on, only to get false information.

One guy literally went, “Hello, thanks for calling EcoCash. How can I help you? I can’t hear you if you’re speaking.” Then hung up, all within 5 seconds. I’m a PG-13 guy but I gotta admit, I cursed after he did that. I had been waiting for him to pick up for close to 8 minutes so don’t judge me.

That wasn’t my first 8 minute call. I had tried several times before the ‘efficient’ guy picked up. Twice, the network just dropped as I was making my query. Annoyed me to no end. Why was that only happening after someone picked up? Yet another time, another lady was almost as impatient as the ‘efficient’ guy and hung up.

What is making these employees impatient? Are their performance appraisals based on number of calls answered? If so, EcoCash should rethink it. I know they say the calls may be recorded but the supervisors can only go through a few random recordings and may be fooled into thinking all is well.

They can be fooled because it is not every customer service employee who acts like the ones I mentioned above. See, I had good conversations on that same 114 hotline on different days. So, It could be that some shifts are good and some are bad and I got to experience both.

I hope to see improvements

Whatever the reason, I now understand why you still see queues in Zimbabwe despite most of the companies investing in customer care. You get a better experience in person than you do on any other platform.

That’s a shame because the trend clearly shows that physical branches are being closed. So, customers are being left with a terrible option. I fear that for some services that are not too essential, the terrible customer service experiences might put people off the services themselves completely.

This is not just an EcoCash problem. I have had similar experiences with support staff from other companies. It’s not even a Zimbabwean problem. Companies the world over are skimping on investment into customer service and inconveniencing customers.

[Update] The cash-in service was suspended when agent services were shut down by the RBZ. That affected even Econet shops’ ability to accept cash ins. The customer service personnel had outdated information when they advised that customers could cash in at Econet shops.

So please note, the cash in service has been inactive since then and at no time was it brought back. That means if anyone who is not employed by EcoCash tells you otherwise, be wary, they may be trying to scam you somehow. If the person telling you this is an Econet employee, don’t mind them, they are mistaken and working with outdated information.