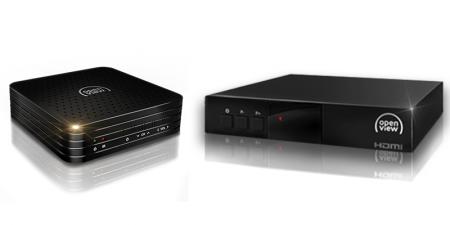 I think in some crazy way, entertainment is a human right. Whilst I have the superhero skill of being able to sit in the dark, doing nothing and thinking about even less happily, I still appreciate a good book, an intense thriller or an experimental album.

Once you have watched a series like Yellowstone and realise there’s more where it came from, TV becomes a part of your life. Most born-free Zimbabweans were raised on TV and literally cannot function without plopping down in front of a box for at least a few hours a day.

In a cruel twist, local Zimbabwean TV kinda sucks. Not kinda, it really sucks. The national broadcaster is not willing to pay for quality content and that’s just one of the reasons why ZBC TV is literal torture.

In the last few years the airwaves have been opened up and a few other players have been given licences to broadcast. The first of 6 new licencees, 3ktv, went live earlier this year and it’s not quite the home run some expected.

Viewers see similarities between 3ktv and ZBC TV and that’s not a good thing. Some viewers say that’s not a fair comparison. They find 3ktv to be much better than ZBC TV.

That’s neither here nor there though because very few people have the special antennas needed to watch this 3ktv. Meaning most Zimbabweans will need to access 3ktv content through DStv. So, if you want some free content in Zimbabwe you are still pretty much limited to ZBC TV.

For TV hungry Zimbabweans, ZBC won’t do. As a result, pay tv has been popular and DStv has been the go to. Options like AzamTv recently entered the satellite pay tv market.

DStv is worlds apart from the lone ZBC TV option. However, from my experience and judging by what other DStv current and ex customers say, it’s not all peaches and cream in the Multichoice world. There is the issue of the infamous reruns that make the service feel like a swindle.

The major problem with DStv though is the cost though. The Zimbabwean economy has been tough to live in since the 90s. Sustained tough economic conditions have left 83% of urban households struggling to buy the food they need for their families.

These urbanites are the ones with access to an erratic supply of electricity via the power grid. So, it is no wonder that most of these TV hungry Zimbos would find even the US$8 DStv lite option out of reach.

That’s where SABC and etv come in. The South Africans have it good. Their state broadcaster is decent and their soapies are popular here in Zimbabwe as a result. I’m not a soapy guy but I think Muvhango, Generations, Scandal etc are (or were) a big deal.

Only problem is SABC and eMedia channels are not licenced for viewing in Zimbabwe.

So Zimbabweans have three options;

ii. pay for DStv or streaming services that require a stable internet connection. Few can afford this.

iii. Break the law and get SABC and eMedia channels

Some TV hungry Zimbos for whom options i and ii are nonstarters choose option iii. I’m not here to condone or condemn, just here to say this is what’s happening.

Calls for SABC to encrypt their signals

SABC channels were once available on free-to-air decoders. One only needed a Wiztech or similar decoder and they were set.

SABC was under pressure from other content providers in the region, including national broadcasters, to encrypt their signal.

The SABC channels are just good enough for most to not need anything else. So they were winning the battle in regions they were not authorised to operate in.

That encryption meant Zimbabweans now had to break the law to access SABC channels for free like they used to.

You know how Zimbabwe’s digital migration has taken longer than we expected. Well, there were challenges with the same process in South Africa.

OpenView was created in response to the slow progress that was being made in digitising. So, it offers the SABC channels for free and one only needs the decoder to enjoy.

The company behind OpenView is sister company to eMedia and so eMedia channels like eMovies were also added to the decoder, making it even more compelling.

That was all the Zimbabweans needed – a decoder that could decrypt the scrambled SABC signals. Free to air decoders had lost their appeal when SABC ceased to be free-to-air and became free to view.

Free to air channels are not encrypted whilst free to view channels do not carry any subscription fee too but are encrypted to limit coverage to areas where the decoders are available.

Zimbabwe is close enough to South Africa that the satellite signals that carry SABC to the South Africans reach us too. They can concentrate their signal to South Africa (spot beaming) but we will still get those signals.

So, the free to view OpenView decoder was the blessing Zimbos needed.

I’ll repeat, it is illegal to use the OpenView decoder in Zimbabwe.

The Zimbabwe Republic Police have been on raids recently, trying to curb OpenView decoder smuggling rings. The Herald reports that eleven were arrested and dozens of decoders seized in the last 2 weeks.

They say eleven outlets were raided and 81 decoders were seized. In addition 1094 serial numbers of already sold decoders were found, meaning the 1094 households using those decoders are about to watch them turn to nothing more than door stoppers.

Apparently this police sting is happening across SADC. So, expect more busts to be made and so if you have an OpenView decoder just know that it could be switched off at any time. Unless somehow serial number records are not recovered when the guy you bought from is busted.

Your decoder might survive the apocalypse but the COO of OpenView chillingly reminds you that, “you are engaging in illegal, criminal activity that makes you liable to arrest and prosecution.”

Of course we expect OpenView to support these raids. They don’t want to fall afoul of regulators in SADC who could pressure the South African government to cripple them or force them to invest in expensive technologies to limit their coverage or maybe instate a subscription model.

OpenView COO on you using their decoders

We commend the Zimbabwe police on their detective work in breaking the smuggling ring and making the arrests.

We are working with law enforcement in several SADC countries to share information about the illegal trade in our decoders.

We look forward to more major busts and more arrests being made soon.

Anyone purchasing an OpenView decoder in Zimbabwe is robbing the country of customs duties.

Several national and international laws are being broken if you use pirate decoders.

You will get no customer support, they can be switched off at any time, and you are engaging in illegal, criminal activity that makes you liable to arrest and prosecution.

So there you have it. You are robbing Zimra of customs duties and so crippling the advancement of Zimbabwe.

You are killing the local video content producers. Instead watch ZBC TV and 3ktv to support your brethren.

To top it off, you are a criminal and could face your day in court for these transgressions.

Bad you. Go to your room and think about what you are doing.

This whole struggle shows just how better SABC is than ZBC. I dare you to try selling a decoder that carries our national broadcaster as the main draw in South Africa. You would be xenophobia’d by whoever you tried to sell that to. ZBC TV barely has a market in Zimbabwe, let alone any other country.

This gulf in quality incentivises those in the ZBC market to seek the better, illegal for them, product. People would not be living with decoders they knew could be switched off without notice at any time if our local channels were decent.

16 thoughts on “Holding OpenView decoders makes you liable to arrest. Why do Zimbabweans still do it?”