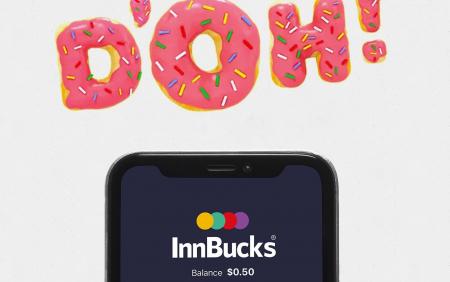 Earlier this week through yesterday, the 13th of April, InnBucks’ USSD platform faced challenges. Users would get a message that the USSD service was not available. As a result users had to use the app instead to conduct their business.

InnBucks communicated that they were working with Econet engineers to resolve the problem in a since deleted tweet. That, I found curious. Why was that tweet deleted? Anyway, the problem appears to have been fixed and the *569# platform is up and running now.

However, that familiar information asymmetry in Zimbabwean companies’ departments reared its head again. Some InnBucks customers were told at some Simbisa outlets that the USSD platform was being phased out in favour of the mobile app.

This ‘development’ which turned out to not be the correct position annoyed a friend of mine to no end. He ended up having to delete some stuff from his phone to create space to download the app.

For someone who had an emergency he did not appreciate having to buy a bundle for that purpose. His frustration was compounded by various network challenges that resulted in the withdrawal exercise taking over an hour.

We reached out to InnBucks and can dispel the ‘reports’ which had made their way on social media. The USSD platform is not going anywhere. Said InnBucks,

The USSD issue experienced early this week was due to an internal system upgrade.

The service has now been restored and is stable, however we are constantly monitoring the situation.

I was glad to hear this because phasing out the USSD platform would have been a mistake.

However, the given reason raises a few questions. The earlier tweet which implied that it was a technical challenge was deleted. Why? Now, we get a different line that it was an internal system upgrade.

I find that hard to believe. An internal system upgrade midweek and without notice? That makes them look sloppy and so I’m left scratching my head as to what’s going on here. The ‘technical difficulties’ reason was a better excuse in my opinion.

We talked about how Zimbabweans have been conditioned to accept service disruptions as normal. We have to change that and demand more from our service providers. They are not doing us a favour, we are paying for these services and should demand a certain level of uptime. This is not me picking on InnBucks, this extends far beyond them.

In InnBucks’ case I am afraid the system upgrade/technical challenge came at the worst possible time. A serious player recently rejoined the remittance fray and that player used to rule the roost – EcoCash.

The friend I talked about above was so put off by the InnBucks experience that he swore to switch back to EcoCash. How many other people made that drastic decision? After all, EcoCash just resurrected and that news is still fresh in people’s minds.

The decision to leave InnBucks is impulsive because it is not as if EcoCash has never faced its own network challenges. Again, this is a Zimbabwean thing.

But maybe we are all trying to force InnBucks into a fight they do not even want. We must remember that InnBucks has never marketed itself as a domestic remittance service but rather a rewards and loyalty program.

Well, that’s neither here nor there now. We use InnBucks as a remittance service chiefly and we are going down this road regardless of original intentions. There is enough room in the market for InnBucks, EcoCash and more.

12 thoughts on “No, InnBucks is NOT phasing out USSD but service disruption came at worst time”