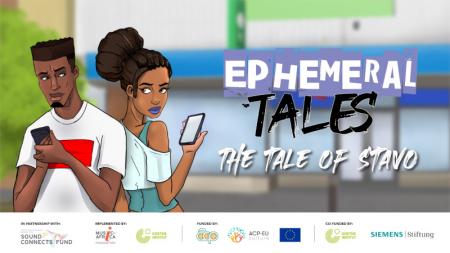 If there is anything we share, it is our pride in being Zimbabwean. Listen, I know, sometimes we are ashamed of our country. But that’s like being ashamed when a sibling does a stupid thing in public. You still love them despite the embarrassment.

I listen to music, like a lot. I put in at least 8 hours of Spotify a day. There’s not a genre I don’t enjoy but there’s something that happens to me when I listen to Zimbabwean music. I feel connected to my roots, even if I can’t explain what I mean by ‘my roots.’

We have a rich musical history in this country. I’m listening to Willis Wataffi as I write this and there’s nothing else I’d rather be doing. You can go back to the 60s and you’d still find quality Zimbabwean music.

That is not the case with video content. There have been some good shows, movies even, but most of what has been made has just not been good enough. That’s not surprising, video is harder to make than music.

It especially feels that way because we usually don’t have any idea what’s really going on in Zimbabwe. There are some talented people making quality stuff that we never hear about. This is why you gotta love organisations like Comexposed that expose you to the good stuff in the country.

Ephemeral Tales – The Tale of Stavo

This is a four-part animated musical series that “combines animation and music, inspired by Zimbabwean urban culture, to tell a thought-provoking story that dives headfirst into social themes and explores issues affecting young people in ways that most have shied away from.”

The series will be rolled out in August with episodes being released on a weekly basis on the Comexposed YouTube Channel.

The team behind the show includes animators and digital artists such as Tavonga Shumbanhete and Chanelle Katsidzira collaborating with local Afro- fusion singer-songwriter Masa Caroleen and rapper Prophecy.

The team worked under the guidance of multimedia designer, Eugene Mapondera, and music and film producer Keith Kuhudzai.

Work on the project began in February this year and you will be able to watch it on YouTube after it premiers on the 4th of August.

The project was funded by the Sound Connects Fund, an initiative by the Music In Africa Foundation (MIAF) and Goethe-Institut. The Sound Connects Fund is made possible with the financial contribution of the European Union and the support of the Organisation of ACP States.