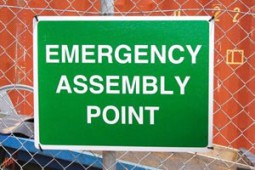 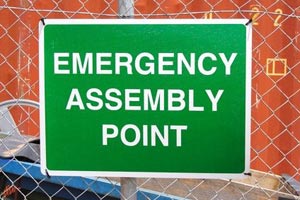 On Friday, as routine I passed through Mdala Ngwenya’s office which is along main street one of the busiest streets in Bulawayo. I was greeted by a young man working on a pc in the other office adjacent to the reception. I sat for a while at reception area just browsing the net from my phone. A friend joined me later and we chatted briefly. I then decided to top up my airtime credit so we left the office to buy airtime credit just a few metres away from Mdala Ngwenya’s office. Within ten minutes I was back in the office and the friend left. I momentarily fumbled with the phone and all of a sudden I noticed my laptop bag had vanished from the reception table.

I assumed the young man in the adjacent office had taken it away from the reception for safe keeping so I checked with him immediately. After exposing the young man to a torrent verbal remarks (some regrettable), it was clear he knew nothing about the laptop bag, and at that point it dawned on me that anyone could have walked in during those few minutes I was buying airtime outside and snatched the bag. My laptop, together with other valuables, was gone! The next half an hour was utter shock and disbelief. Never had I imagined I would lose my laptop to thieves and let alone in such broad daylight. I was in panic mode, I thought of all the data that I stood to lose. It was data that really mattered. Some of it more than a decade old.

I rushed to the police station with my mind racing and trying to figure out what I should have done about the data to avoid such a mental crunch. At the police I was served by trainee officers who asked a lot of questions about the incident. I was only interested in seeing them rushing to the scene and getting into action but I painfully complied with the procedures. When they asked for the laptop model and serial number I pulled out my phone and opened my google drive to check for the documents including the scans of proof of purchase. I was sure I had stored all these details on Gmail. I got yet another shocker, I had not at all saved anything on the cloud. All I had were details of my old HTC handset and some old laptop that I disposed of long back. I had an offline backup somewhere in the office but I was not so sure anymore.

I was so angry with myself. Here I was purporting to be technology-compliant and yet I had not even backed-up such critical stuff online. All I needed was to save my important data to my Dropbox, Office365 or Google Drive folders. All these services were active on my laptop and I used them perhaps for less important stuff. I could have scanned all the important documents regarding the laptop and saved them on my cloud account.

What happened next was even worse; a guy back at Mdala Ngwenya’s office was looking for phone number so he could check what was going on. He searched the web and Facebook and could not find my numbers. Indeed he could not since I had made all of them private.

After leaving the police station by some fluke the guy at Ngwenya’s office got through to my mobile. I returned to Mdala Ngwenya’s office only to find him in stitches of laughter. Mdala Ngwenya had quietly sneaked in while I was browsing the phone and hidden my bag in the neighbour’s office (also a good friend of mine). The two had colluded to teach me a lesson on being careful with valuables especially when in their ever busy office. I was both relieved and angry. I had wasted 2 hours and a few dollars in the process. Mdala Ngwena bragged that whatever I had lost was nothing compared to the data I would have lost. He was right. I would have lost more than a decade old personal data and other valuables.

On Friday night I backed up all my stuff from academic certificates, photos, purchase documents and many more. I am still uploading stuff to the cloud.

The laptop “theft” had taught me a lesson on backup planning. I was lucky to get a taste of it through Mdala Ngwenya’s data loss drill. My advice to you is this: make an effort to understand and get Dropbox, Office365, Google Drive, or whatever seamless cloud storage product you prefer to use. Make sure your important data is backed up all the time, both online and on other storage media. You never know when disaster will strike. I have also made important contact details searchable online. It’s the way to go in the new web 3.0 era.

15 thoughts on “What if you lost your laptop…would you lose your data too?”