Review: Windows 8 is here, are you ready for the OS of the future?

Microsoft recently finished development of their next Operating System (OS), Windows 8. The latest addition to the Windows family ushers in a radical UI change that you will either love or hate tremendously. I love it a lot. I have been using Windows 8 on and off since the release preview came out. I began by loathing the ModernUI (formerly known as Metro), but over time I have grown to love it.

It is a two headed beast; optimized for both touch screens and the keyboard & mouse. Microsoft tries hard to cater for the needs of mobile and wired computers by creating this hybrid OS that can run on both tablet and PC. The OS feels like a much more polished version of Windows 7, it feels snappier, cleaner and more stable than my current Windows 7 setup. It is a great OS although I fear that users in Zimbabwe, and other markets like it,  will not be able to utilize it to its fullest potential; more on that later.

What is this “revolutionary” ModernUI Style design? 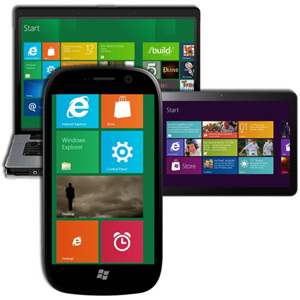 The UI design is perhaps the main thing I like about the new OS; it is clean, simple, minimalistic, sharp, modern and lean. I ran out of superlatives that can describe it. From an aesthetics perspective this is easily the best user interfaces out there today.

Microsoft bit the bullet and removed the mess that was Aero which brought transparency, reflections, shadows and other pseudo-realistic features to windows. Now, not only does this look good, the flat theme or streamlined, cleaner look takes away the load from the Graphics Processing Unit (GPU) which had to render all those gimmicky features and therefore increases the performance of the PC and saves battery power at the same time.  If you wish to be more productive you can switch to the traditional desktop mode and run any software that you want. It is the same desktop we are used to, minus the start menu of course. 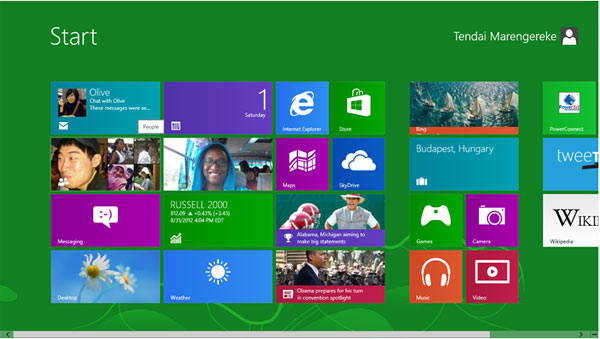 Now this is by far the most controversial feature of Windows 8 as it takes away how you’ve interacted with your Windows PC for years and basically just throws that out of the window (pun intended). Make no mistake folks, the start menu is dead and frankly I’ll say good riddance; I hardly ever used the damn thing anyways.

The Start screen, for me, provides a much more useful and easier way of searching and starting programs. Just hit the WIN key, type a part of the name of the program you want and hit ENTER! 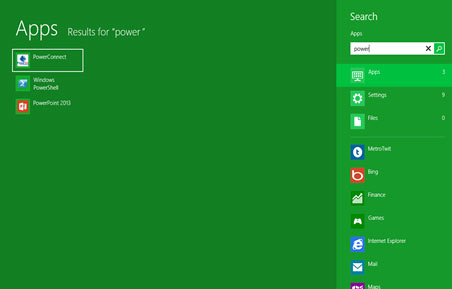 The Search functionality is built into the start screen, just type part of the filename and results dynamically and instantly appears. It is also something of a universal search, as it will retrieve apps, files, settings which include the particular string you search for. By selecting different contexts, one can also search the web, within apps, the store, people, mail, photos, etc.

I feel that much of the criticism of the Start Screen has been made by misinformed people, those who haven’t taken the time to learn how to use it or those that are afraid of any change. The start screen is primarily for consumption. The desktop is for production.

Security
Windows 8 comes with its own antivirus, Windows Defender, pre-installed, this has been my antivirus of choice since its first release. It is great software that has very minimal footprint and performs very well overall. For those who prefer to pay for things that they could get for free, Windows 8 provides an opportunity to install third party antiviruses such as AVG, Avast and others like them. When a user installs such a third party antivirus Windows 8’s own protection will turn itself off and defer entirely to the third-party product. Microsoft’s software will activate only if there’s no third-party malware protection at all or if the third-party software is installed but has no up-to-date signatures. 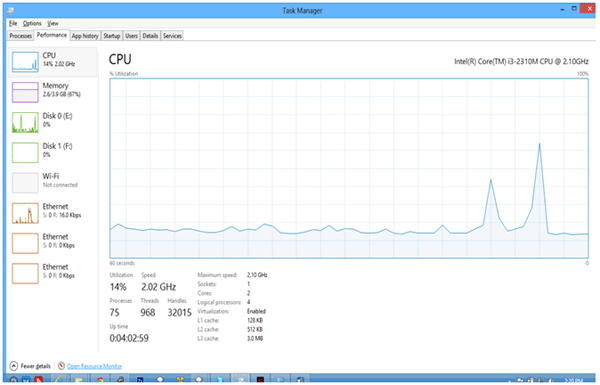 The task manager has been changed and it has some new powerful features. It shows intuitive graphs and statistics for performance analysis, one can easily investigate how resources are being used in the background. It also shows you how much bandwidth apps use, which is very useful for people with metered internet connections.

Apps: Where it all goes wrong (for those of us without reliable internet connections anyway)

This is similar to Google Play or Apple’s App Store, the only difference being that Windows Store doesn’t have many apps and even if it did I doubt many Zimbabweans would buy apps. Despite the shortage of apps, the free ones I have tried are awesome.

The whole ModernUI interface lives and breathes the internet. It is designed with the cloud in mind. Everything is linked to your personal cloud where it is kept secure and you can get it anytime you want. It is the OS of the future; it has the same layout from your PC, to your tablet and your phone. One OS to rule all devices.

Windows 8 brings all your data together by compiling all your info from many different sources.  I hardly ever open Gmail in the browser anymore; Windows 8 comes with an awesome email client that can handle most email services you throw at it. SkyDrive, Microsoft’s cloud storage offering, is directly embedded into the OS and pictures in my SkyDrive along with Facebook photos are automatically synced with my computer’s photo album. Facebook is deeply integrated into the OS, no need for you to open up a browser to receive messages or to see notifications.

Most of the apps require logging into some online service. The People app is always updating, so does the News app, the Stock app and generally all apps are frequently updating. There is an option to disable auto-updating tiles, but that defeats the whole purpose of the OS.

This is all great stuff, but it doesn’t work for us here in market where the internet is either unstable, expensive, or both. Windows 8 assumes that you are always connected to the web. I can’t put the blame on Windows 8, but more on how we are being left behind technologically due to our lack of cheaper data packages, but that is a story for another day.

Windows 8 borrows most of its features from mobile operating systems. For those of us with smartphones; imagine all your apps on your phone, only difference is that it’s on the desktop PC. Without a reliable internet connection the whole idea of the ModernUI is rendered pointless, it becomes a confusing pointless start menu.

Microsoft says it will run on any computer currently running Windows 7.

The lowest specs I have used were in a virtual machine with 1 GHz and 1.5gig ram and it worked perfectly.

Can it succeed in Zimbabwe?

For the Home user
No, the average Zimbabwean home user is not ready for Windows 8. It has a learning curve that most users might not be willing to endure. The only way people will start using the OS in their homes will be if they are tech enthusiasts or if they buy a new machine preloaded with Windows 8.

Small businesses and Corporate Users
It would be an ideal upgrade especially for businesses; small or large corporates, Windows 8 ushers in an intuitive and powerful Task Manager. I love the abstraction of the start screen and the desktop. It is very difficult for a user to get into trouble after clicking the wrong program; this should make most IT administrators happy. The free and powerful antivirus bundled with the OS should also be welcome to most admins; this will reduce the cost of most small businesses IT budgets. There are more business features in Windows 8 which can be found here. Despite these features I doubt many will want to experiment on corporate machines until the operating system matures. So most likely it will be like Vista, most people will skip it and wait for Windows 9.

To utilize all of the operating system’s functionality, you need to sign in with a free Microsoft account then you get features such as the syncing of preferences and files within the cloud, easier password recovery options and access to the Windows Store. You can setup with a local account but you would lose out on the major functions of the OS.

I foresee Windows uptake being slow for home users and minimal for business. Quick adopters will most likely be fellow tech enthusiasts and students who like the thrill of new tech. I recommend Windows 8 to anyone who is willing to experiment and wants a taste of what the future holds. If you would like to try it for yourself, you can go and grab a free 90 day evaluation copy here and take a look at what the future holds.