This article is by Jabulani Chirinda, who describes himself as “A technology enthusiast, entrepreneur, Google services platinum user.” Chirinda Studied applied physics at NUST, and is currently pursuing a degree in Telecommunications with a university in Zimbabwe. He’s passionate about mobile technology, social media, digital photography and space technology. Married and have a daughter. 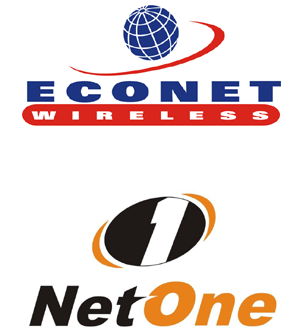 Over the past couple of weeks or so the media has been awash with stories of a payment feud between mobile Zim telecommunications operators Econet Wireless and the state owned NetOne. At the centre of the dispute is interconnection fees arrears from NetOne dating way back to 2009. The details of the dispute seem to be in two versions; the Econet and NetOne version. Whatever the exact details of the dispute may be, could there be another hidden story to it?

It cannot be disputed that Econet had a right to demand its dues from a perennial defaulter. To emphatically put the message across, Econet severed the network interconnections with Netone on the 23rd of August 2012. This left NetOne in a state of panic which immediately prompted them to seek legal intervention on the same day. Connection was later restored by Friday morning. Both firms put up full page public statements in local papers stating their side of the story and somehow trying to convince the general public that they were on the right.

The drama continued into the following week with all sorts of statements coming from both sides. Some of it perhaps ranging from hilarious to incredulous, stuff like; economic sabotage, threat to national security, gross criminal office, dishonesty, poor management… the list is endless.

What could have prompted the eruption of the 3 year dormant dispute?

In one of the public statements issued by NetOne, it sighted its “Dollar a day” promotional campaign as so much of a success that Econet Wireless was now trying to derail it. This promotion was running for several months and has since been replaced with a somewhat similar promotion called Happy Hour.

Netone is the smallest of the three GSM licensed mobile operators in Zimbabwe; its market share has been reported at around 17%. Econet is the shark in the pond with around 65% market share. Econet has achieved the lion’s share at a huge price of serious infrastructural investment running into hundreds of millions of dollars. Econet not only benefits from its massive subscriber base but also from other networks through interconnection fees. The larger the network (in subscriber numbers) the more it benefits from interconnection fees paid by other networks.

When Netone introduced its promotional campaign, it is reported to have been adding around 200,000 subscribers every week and that was some months ago. If that report is any accurate Netone may have grown to more than 3 million subscribers in a space of 9 weeks or so. If this is true, this would surely send shockwaves across to the competitors Econet and Telecel. Econet and Telecel would find themselves overwhelmed by a lot of traffic generated by NetOne subscribers and would understandably be frustrated about not getting any proceeds for the use of their equipment in servicing this external traffic.

The growth of NetOne over the last months could have prompted its competitor Econet to seek its dues more vehemently.

Disconnecting NetOne may have been a last resort but it could have been a strategic error on Econet’s part. It depicted Econet as an entity purely after the financial proceeds than social responsibilities. The failure to warn the customers well in advance did not give Econet a good public image either. Yes, Econet had every right to get its dues but it would appear it assumed a bullying position and ended up bearing the brunt of public outcry.

NetOne has indicated that its current promotion is coming to an end at the end of the September. While failure to pay debts must be admonished, NetOne must be given thumbs up for running such an innovative promotional campaign which could put it back on a recovery path and save many jobs in this fragile economy.

A lesson goes to Econet Wireless that being the market leader is no reason to relax. Innovation must continue to be nurtured and applied to the market. Customers cannot be taken for granted, they will follow the bargain whenever its there elsewhere. It’s a relief customers have been spared by the agreement between the disputing parties, hopefully our inter-network communication will not be disrupted ever again.

20 thoughts on “More to the Econet and Netone interconnection dispute?”