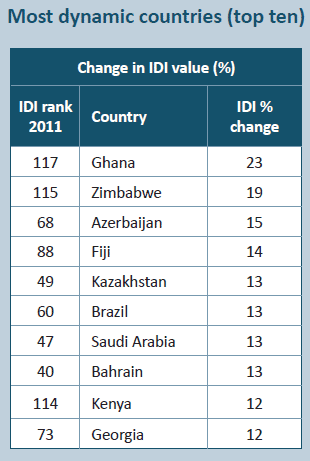 The World's most dynamic countries in IDI