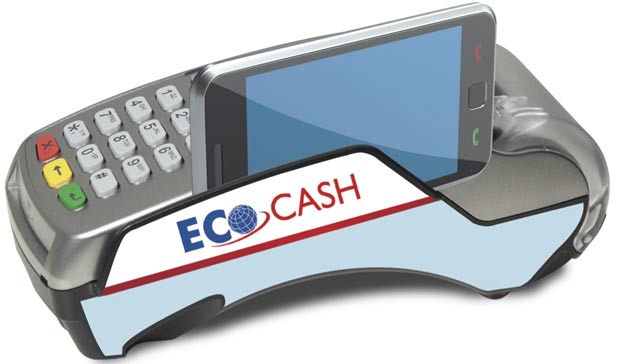 Sometime in the midst of September 1958 the Bank of America began its Visa card program by mailing 60,000 unsolicited credit cards over all the country. This resulted in the first most successful implementation of a public general credit card and to this day Visa has the largest market share in the credit card industry. The credit card was not a new idea but, Visa, in much the same way that Econet has done with EcoCash, managed to get the market’s attention.

The trick however is to translate that attention into sales and acceptance. Many have tried but haven’t executed at the scale Econet has: Total Service Station Card, Emali by Tetrad, Skwama by Telecel, Textacash by CABS, Mobile Moola by FBC, the OK card and the Kingdom Cellcard. It seems the market is flooded with a plethora of offerings that are might confuse rather than please the market. If plastic money is to make any impact at all the players may have to show a merged front. One product for all by all. This might involve allowing NetOne and Telecel subscribers being allowed to join EcoCash for example and vice versa.

At the moment e-money is synonymous with mobile money. It is my humble opinion that the swiping solution proposed by Econet is little bit complex for the average user to understand but again I thought the same about EcoCash and was proven wrong. They should consider getting us a card after all it is not plastic money until we get the plastic. In line with the above all the other players must acknowledge the virtues of synergy  in the industry and throw their weight behind the Econet card. They will be entitled to share of the pie of course.

Part of the reason for the failure of most emoney solutions in this country have something to do with complexity. Using the EcoCash USSD based service can be overwhelming considering the steps involved. Buying airtime for your phone involves going through 7 steps. Granted this is brought about by the limitations of USSD itself, one still needs to imagine their grandmother trying to use the service. Despite all the boasting about Zimbabweans being the most educated on the continent simple always sells.

The future of e-money lies in a simple interface and simple requirements. Most of the population is unbanked because banks have a lot requirements that include proof of residence, payslips/ financial statements.Given that a good part of the population lives in the rural areas they might be left out in the cold.

Vpayments is also a noble idea and very much part of the future. The service however needs to be advertised in more places than has been done. Part of the success of EcoCash lies in advertising and the investment in agents that have the opportunity to explain the workings of the service to people with questions and assist them. In its  current form Vpayments is quite challenging  to understand, mostly because it is still new to most people and needs to be explained to the customer. Customers might need to know the meaning of a One Time Password for example. ZimSwitch must also consider teaming up with member banks to have the bank’s customer service advise customers about both the existence and usage of the service. They have been doing this but they need to step up the effort.

In the future of ubiquitous smartphones an app for EcoCash should be considered. This could be either an API that other developers and gateways can use or a smartphone app that people can use to access the service. This would also enable people to access EcoCash on their PCs and Tablets without having to use USSD codes and following all those tedious steps. Charming as the USSD codes might be, it really becomes a task to memorize and enter all those merchant codes without making errors. Imagine you want to pay your ZESA bill and end up paying Tawanda the mechanic. It would be easier for example to click on ZESA to pay ZESA that to memorize the merchant code. This would be a future thing though as most people don’t yet have access to smartphones and would be locked out of the service in case of such a switch.

Given the liquidity squeeze that currently afflicts our nation the need for e-money cannot be overstated. EcoCash, amongst its competitors, is the product that has a practical future as an e-money option in this country. However certain changes are required or at least desired from EcoCash and other players including a merged platform, further abstraction and a credible international payments processing backend such as Visa/Mastercard. A Visa/Mastercard branded EcoCash card that is prepaid would be gold given Econet’s traction in the market.

That, I feel, is where the future of e-money lies. A gutsy move like the one the Bank of America made.