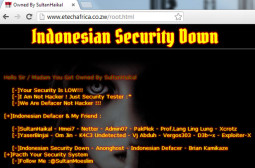 A website belonging to Zimbabwe’s Ministry of ICT has been hacked. The website, on address www.etechafrica.co.zw, is the tech ministry site for the e-Tech Africa expo, the first of which was held last year. The hack is hard to notice as the attackers didn’t deface the site’s own pages, but introduced new ones, such as this one called root. Here’s a screenshot form the page: 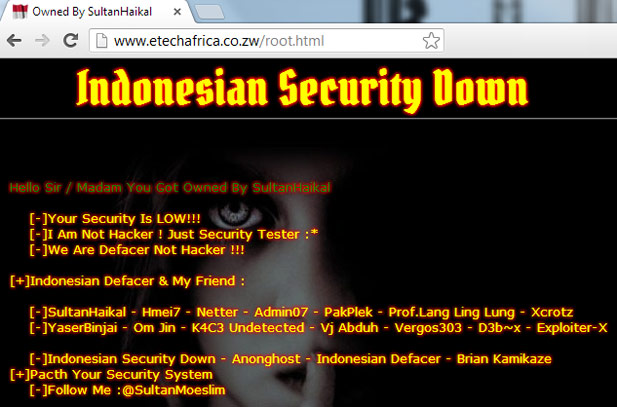 The attack was by a group called claiming to be from Indonesia whose objective, according to the page, is to prove that the site is not secure enough. The attack appears to be taking advantage of unrestricted file upload vulnerabilities to introduce the new web pages to the site. At best, the hack just proves the weakness, and at worst new harmful functionality (to both the site and visitors to it) could be introduced through the pages.

The website runs on popular open source content management system, Joomla (no, we’re not implying that Joomla is inherently weak.) It was developed by a government affiliated internet service provider, ZARNet.