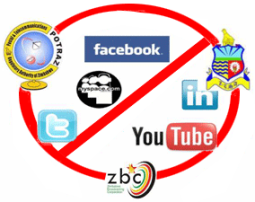 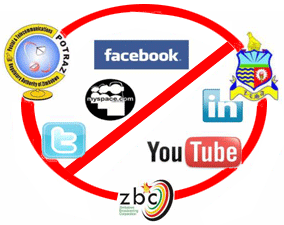 Imagine this: You get home at around 6 pm exhausted from your day at work. Your wife is in the kitchen preparing dinner and you decide to catch on the day’s news on the television in the lounge. As soon as you sit down on the couch, the power goes out. Then your wife decides to call your son so you can send him to the shops to buy candles and gas for the stove. She gets an error in network connection because apparently there is a spat between Econet and Telecel so you have to go to the shops yourself. You end up spending three days without power and for two weeks the interconnection dispute continues. There is no word from ZESA or POTRAZ as to what is going on, no press releases and both their numbers go on unanswered. There is just silence.

When Kim Kardashian’s pet dog sneezes the whole world gets to know about it at almost that very same moment. We live in a modern world of Twitter, Whatsapp and Facebook; a world without secrets. It is amazing therefore the amount of secrecy our own parastatals such as POTRAZ, ZESA, ZIMPOST etc manage to achieve in such a world. Their unwillingness to communicate material that is certainly in the public interest would be admirable if it were not in direct violation of their duty.

The just past dispute between Telecel and Econet that saw a lot of people being inconvenienced is one example of how our public corporations continue to fail us much to the detriment of the ICT sector and other sectors. Their silence and little communication in the matter can almost be viewed as disdain for the public. Their mandate is to regulate the industry, and perhaps they feel they are already doing this to their best knowledge and abilities, but it would sure be helpful if they were to communicate their reasons for having such a conviction. Yet there was nothing about this dispute or other problems facing the industry on POTRAZ’s website or their Facebook and Twitter feeds. Their Facebook page has a meager 34 likes and I am not even sure they have a Twitter account while their homepage has no news link.

Recently, various parts of Harare and the rest of the country have been hit by mysterious power cuts. It is unclear, at least to me, whether these are a deliberate part of load shedding or not. If this is load shedding, is ZESA following some form of a timetable or are they just pulling the names out of a hat? If there was a memo from them then I sure missed it. Every time I or other people call them either their phone goes on unanswered or it’s picked up by a fellow who does not know what is going on and promises to get back to you.

I do not mind power cuts as long as I know what is going on so as to be able to plan in advance. Whatever happened to the Load shedding schedule they used to put in the press in the past. Yet these days it is just silence: no apology just silence. It is not clear which of the two ZESA Facebook pages officially belongs to ZESA but neither is particularly useful or regularly updated and it seems they do not have a Twitter account either. To top this their website is currently offline.

Apart from ZESA and POTRAZ the state broadcaster ZBC also comes to mind when it comes to poor communication with customers. They have for the most part adamantly stuck out with their archaic programming from the past century much to the chagrin of their few remaining viewers. Although the radio stations have been utilising social media for such things as notices from viewers and song requests, the television station ( Channel 1) has effectively insulated itself from its viewers. If only they sought public opinion with the same enthusiasm that they dish out licences to motorists then things could be different.

Most parastatals were put in place to protect the public’s interest. For them to remain mum is tantamount to them neglecting their public duty. I believe they should utilize modern technologies such as Twitter and Facebook more to proclaim their intent, actions and point of view. Mum should not be the word.

4 thoughts on “To Zim parastatals: mum is not the word.”