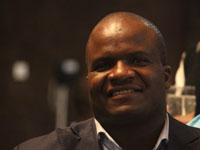 As you may know, Pan African telecoms consultancy company, Rubiem, are in the middle of a storm regarding a job they have been working on at PowerTel for the past 2 years. We will spare you the details but you can read about them here. The CEO, Dennis Magaya, was also subjected to one of the shortest board chairing tenures recently after he was appointed to the ZBC board and had the appointment withdrawn within 24 hours. Withdrawn because of the PowerTel issue.

Rubiem and Magaya had so far chose to remain quiet the issue, we’re guessing, intending to let the political storm blow over so they could get back to work. But a Herald headline on Monday stormed on: Magaya’s honeymoon over: Mavhaire. We’re guessing this is the point Magaya and team decided enough was enough, they’d tell their side of the story.

Here’s the full statement Magaya has in the Herald today: