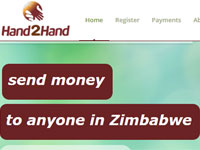 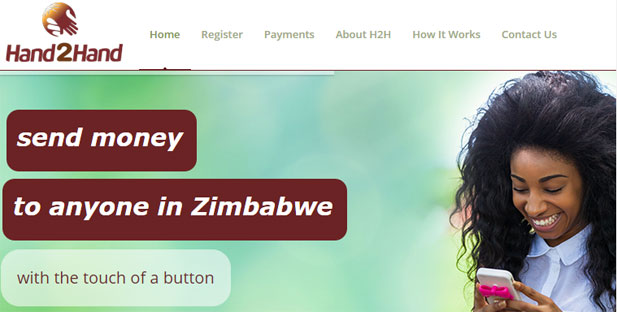 You may have noticed increased visibility of a money remittance service called Hand2Hand. They are interesting in a couple of ways but mainly that they got access to what so far we thought was only accorded to WorldRemit only – they are able to send money directly from global credit cards via a website to EcoCash mobile wallets.

So, in short, Hand2Hand, a Zimbabwean registered forex company, enables anyone anywhere in the world to transfer money to an EcoCash Wallet, and Zimbabwean bank accounts through their website. The “anywhere in the world” part is exactly as Hand2Hand puts it, which is interesting in that so far we thought there were some regulatory issues that are preventing WorldRemit from activating the South Africa – Zimbabwe channel.

Hand2Hand being able to send money from South Africa to Zimbabwe is a big deal because there’s a lot of money flowing already between the two countries either via such methods as bus drivers, truck drivers, FNB, Western Union, Moneygram, Mukuru etc… It has been estimated that the 1.9 million Zimbabweans living and working in South Africa send an average R6.7 billion (about US $620 million) a year to Zimbabwe. Match that with EcoCash’s 4 million subscribers in Zimbabwe and you have potential for a very healthy business.

That aside, in terms of rates, Hand2Hand charges 6.5% but a minimum of USD $3.50. In short if you are transferring less than $50 then you are paying significantly more than the 6.5%. The less you transfer the more you pay.  In terms of comparison to the competition, WorldRemit said they charge about 5% for a similar transfer to a mobile wallet. Western Union, for a normal brick and mortar branch pick up, charge about 10%. Mukuru also charges 10% flat for all transactions whether destined for Telecash, Textacash or brick & mortar. Please note however that if you decide to use Hand2Hand, like all other services allowing you to send money from your credit card, there’s the credit card transaction fee and the mobile wallet withdrawal fee to add to the remittance service’s fee.

That said Hand2Hand is currently the only way to send cash from a credit card directly into an EcoCash mobile wallet from South Africa so the competition is not really direct competition. Yet.

As for transfers to other mobile network wallets (Telecash and OneWallet) please do note that even though Hand2Hand advertises as though this is possible, when we signed up for the service, only transfers to EcoCash mobile wallets and to regular bank accounts were possible.

The other interesting thing about Hand2Hand is a Multi-Level Marketing component to remittances that they have. Essentially, you get a cut of the commission Hand2Hand charges if you get someone else to sign up and use the service. Like other MLM services, Hand2Hand promises that if you take the job of recruiting other users seriously enough, there’s an opportunity to make big bucks. In the thousands a month!

We noticed searching the internet for information about Hand2Hand that their history stretches back to 2002 when they launched “a Web-based International Money Transfers Service“. They saw the future a long time ago!

Here’s a video about the service: