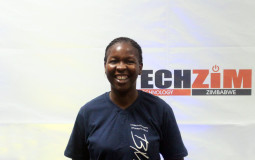 With a greater focus on broadcast technology and its central role in an increasingly digital age, there are so many aspects about it that need an inside perspective.

This applies to potential investors, content creators and everyone who wants to appreciate what digitisation is meant to do, where that leaves the current market players like MultiChoice and if, in any way, it will seep into internet based tech.

We had a Q & A with Edith Utete, a legal practitioner who is the lead attorney for corporate and ICT Law at BMatanga IP Attorneys. She managed to share some insight on the broadcast and digitisation issue here, but she will have more to say at Digital Future conference next month as one of our speakers.

More information on the Digital Future indaba is available here, including how to take part and gain added insight on digital media from experts and digital minds.

The Minister of Information and publicity recently announced that 9 radio stations have been licensed and will be announced soon. Firstly, what are the typical legal processes did these radio stations have to go through to get the licenses? Secondly, what legal or regulatory criteria is used to shortlist licensing candidates?

The typical licensing procedure is that the Broadcasting Authority of Zimbabwe (BAZ/ the Authority), after assessing the need and availability of spectrum for new or additional services to be licensed, invites prospective broadcasters to apply for such services.

The invitations are published in a national newspaper and the Government Gazette. Interested persons or corporations will then submit their applications in terms of section 10 of the Broadcasting Services Act (BSA) [Chapter 12:06] in a prescribed manner and format and upon payment of the prescribed application fee.

Once the applications and objections have been received, the Authority examines each application for compliance with the provisions of the BSA particularly sections 8, 10 and 22. Prospective licensees have to comply with the basic requirements of licensing such as meeting the qualification criteria and ensuring that no persons who are prohibited in the Act are directors of the applicant company.

The Authority then uses internal guidelines, which can vary for each class of licence, for their shortlisting of potential broadcasters. The exercise involves looking at each and every element of the application particularly the ability or potential to meet the requirements of the Broadcasting Services Act and its regulations.

Once shortlisted, successful applicants are invited to present their application at a Public Inquiry where they are interrogated by the Authority, taking on the role of Commissioners in terms of the Commissions of Inquiry Act [Chapter 10:07]. Members of the public are also allowed to probe the applicants and their responses are noted by the Authority.

Thereafter the Authority consolidates the outcomes of the public inquiries and conducts an adjudication of the shortlisted applicants. This procedure may lead to the awarding of licences or not, depending on the quality of the applications. It is important to note that not all applications go through the public inquiry stage.

You used to work at the Broadcasting Authority of Zimbabwe. Drawing from your experience there, how would you respond to widespread comments that generally, regulation and policy are almost always behind technological developments making it difficult for fast implementation of innovation. And in the context of Zimbabwe, do you think local regulation or policy adequately enable innovation and tech adoption in broadcast media?

It is a worldwide phenomenon that the law usually lags behind societal and other developments which is why laws are always being amended. Zimbabwean regulation and policy of the broadcasting industry is no different. The developments in and legal consequences of technology and innovation are so fast paced that legislation is failing to keep up. Unlike other areas where the developments can be slow or few and far between, the impact of technology on the law is difficult to

The developments in and legal consequences of technology and innovation are so fast paced that legislation is failing to keep up. Unlike other areas where the developments can be slow or few and far between, the impact of technology on the law is difficult to foresee therefore, most laws end up being reactive instead of being predictive. This situation can have a negative impact on innovation and tech.

The current set up does not, in my opinion, satisfactorily meet the legal issues arising from the developments in tech and the convergence of technologies such as threats to privacy, the protection of intellectual property, protection of consumers, security of information, protection of digital content providers and distributors, online protection of children, among other issues.

An area of concern and a possible threat to innovation and tech is the danger of over-regulation due to the convergence of technologies which is contrasted by fragmented legislation linked to ICTs. There is a need to have coordinated legislation which protects and upholds the interests of both the innovators and the consumers.

However, innovation has never been stopped by the backwardness of legislation and policy, in fact, it can help shape and define regulation and policy. Innovators have to be more in touch with legal aspects that affect them and where the policies or regulations are unfavourable, they should seek innovative and legal ways of influencing the reform of such legislation.

One of the roles that I had at the BAZ was to continuously assess the regulations for relevance and practicality but it was not always easy to identify every single element of the law that needed to be revised or “upgraded”. I feel that if innovators know what laws affect them negatively or if they have proposals for positively influencing the laws they can be of assistance to regulators because they are the ones on the ground with the relevant technical skills.

Last year, the broadcasting sector was shaken. We saw GOtv and BOStv going off air, all under unclear circumstances. Speculation was that regulatory issues were the mostly at play, what could have been these issues and what do independent television broadcasters need in place regulation wise to operate smoothly in Zimbabwe?

Unfortunately I am not privy to the reasons why these particular services went off air but generally a service will or may be cut off due to suspension or cancellation of a broadcasting licence as a result of factors such as non-compliance with licence conditions or failure to comply with the requirements of the BSA. A service may also be suspended if the provider was broadcasting without a licence issued by the BAZ.

Independent television broadcasters need to fully acquaint themselves with the provisions of the BSA Act and regulations particularly on the licensing procedures and once issued with a licence they obviously have to comply with their licence conditions, the Act and regulations. Broadcasting without a licence is a criminal offence which should be avoided.

It is also important to note that the importation of broadcasting equipment for the transmission of broadcasting services should be done in consultation with the Authority, the Ministry of Media, Information, Publicity and Broadcasting Services and the Zimbabwe Revenue Authority to avoid criminal and other penalties.

Lastly, 2015 is a big year for broadcasting with eyes on Analogue Switch Off (ASO). From your own opinion and expectations, do you think this process is moving smoothly as has been reported?

I am very excited about the analogue to digital migration as it will offer a lot of opportunities for the broadcasting industry and its support institutions not to mention cheaper and wider choices for consumers.

It is a pity that a lot of the reports on the process are based on speculation and hearsay, but I would like to believe that there is a lot of progress being made to ensure a smooth switchover. I understand that all relevant government departments are working together to this end.

I would have personally expected a lot more publicity on what the switchover really means to the general public considering how close we are to the ITU deadline of June 2015.

A lot of consumers do not have enough information in this regard which is regrettable. Prospective broadcasters and other relevant stakeholders need to fully understand the impact and effect of the digital migration to their businesses and prepare accordingly.