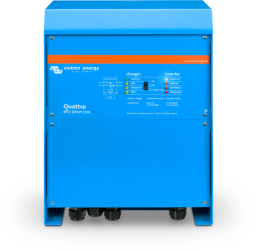 This is the latest post in our series on building a solar power solution for the home.

So for the past couple of weeks or so we have looked at panels, batteries, wires, and the charge controller. By this time, you would have learned three things: building a good solar system requires patience a lot of patience.

It can be quite a steep learning curve but if you have patience you can wade you way through and if need be it will be easier next time and it requires quite a bit of money but building the system yourself allows you to build a scalable system that you can gradually upgrade as and when you get more money.

You might have also noticed that a couple of times in some of the articles in this series we have recommended soliciting the help of experts a thing which might have dissuaded those who thought they could go it alone.

Strictly speaking you can ignore these although you should know that your system would not be as good as one professionally installed. We all need a little help here and there.

For example although you can install the wiring in your house by yourself you can bet that a professional electrician can do it better at a cost which is probably less than if he installed the entire solar system on his own. Plus you get to observe him/her do it and maybe next time you won’t need them.

Enough digressing. Today we will look at inverters, Solar Inverters. While the components we have looked at so far operate using Direct Current (DC). An inverter acts as a bridge of sorts between your Alternating Current (AC) devices and your DC system components. To the un-initiated

To the un-initiated, AC appliances are those electrical gadgets which you plug directly into the ZESA mains sockets in order to use. An inverter “converts” direct current into alternating current.

Square wave inverters- these are the usually the cheapest on the market and are to be avoided like a plague. They are inefficient and produce “impure” current. They might cause damage to your gadgets and some devices might not even work with them so if you see these don’t buy them.

Modified sine wave inverters- these are the most popularly sold inverters and chances are if you buy one from places like Gulf Complex this is what you will get. They are economical and should work with most if not all of your devices including computers, LED TVs etc.

True sine wave inverters- These produce a pure sine wave current, think the graph of y=sine x, I know you dozed off during the Maths lessons! These are the most expensive and you should only buy such an inverter if and only if there is a device you want to use and it specifically requires this inverter otherwise you will be just wasting your money.

NB. Since we are building an off-grid solar system it would make little sense to buy a grid tie system inverter.

This is not a very big problem if you have multiple batteries which you can wire in series to increase the input voltage of your inverter if need be, but it is nevertheless a good idea to make sure the two voltages match.

Make sure that the output voltage of your inverter is in the 110-230V range which should work with most electrical gadgets found in the home. The output frequency should be 50HZ, do not worry much about what it means it should just be in this range. Also, make sure that the inverter wattage rating exceeds the watts or total watts required by your device(s). For example:

NB You can also try having separate small inverters for each device.

The output of some inverters is rated using the VA unit instead of watts. Without wading through the electrical geek mud which includes things like Power Factor you should know that this corresponds to watts, it doesn’t really but who cares.

Just make sure that the rating of the inverter with a VA thingy exceeds your total wattage rating by like 100 in VA terms and you should be fine. The experts are not going to be happy I told you to do this, but they can always leave their sentiments in the comment section.

Some inverters have a charge functionality that will allow you to plug them into a mains port and charge your batteries using ZESA power instead/ in addition to charging using the solar panels.

This is especially useful during cloudy days such as during the rainy months when there is little to no sunlight which almost always means your batteries will not be fully charged at the end of the day.

Some inverters even have two AC input points that will allow you to plug in a generator in addition to mains power which means that you will always have power no matter what.

Other inverters even put in a nice touch: they act as a UPS of sorts. You plug them into a mains source and plug in your devices into the inverter when the power goes out the inverter seamlessly switches to battery power so fast the devices keep working as if nothing happened and when the power comes back the inverter switches into charge function without you being the wiser.

This is a useful tool for those of us with DStv decoders that like to scan; my friend has this vanilla DStv decoder at his house and it takes eons to come back on and we invariably miss a lot of sporting action when we switch between solar and mains power.

Like all things man-made, inverters are not a 100% efficient and you lose energy between the DC to AC conversions so it would be wise to avoid using them wherever possible. For example, you might do well to use a DC phone charger instead of an AC one and some laptops and gadgets have DC input sockets which you should employ whenever possible.

Devices you should never use with your inverter

High voltage/current devices like stoves, irons and microwaves are likely to damage your solar system if you use them with your inverter so it would be prudent to never use them when the power is out. You can always use LP gas like I do.

It is possible to combine some brands of inverters to increase the wattage for example in order to build a 2 kW AC output system we could “stack” two 1 000 W (1kW) inverters. You should never stack inverters unless:

i) You know what you are doing otherwise you are going to fry yourself up.

ii) The brand manufacturer has specifically mentioned the fact that the inverters can be stacked.

I hope you have found this useful. Please feel free to leave questions and advice in the comment section.