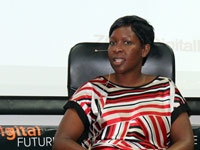 After the highly informative and enlightening discussions and presentations that I witnessed at the Digital Future Conference I am still in shock at the reality on the ground. The reality being that our “Digital Guru’s” are generally not aware of the legal issues relating to broadcasting in Zimbabwe.

Another cause for concern was the mistaken belief that if one is broadcasting over the internet or if one has a telecommunications licence from the Postal and Telecommunications Regulatory Authority (POTRAZ) they do not have to regularise their operations through the Broadcasting Authority of Zimbabwe (BAZ). It appears that there is a common belief that if one has an online business then they don’t have to comply with territorial laws or that territorial laws do not apply to online services.

My take? These beliefs are a dangerous myth. What potential or current digital broadcasters need to be aware of is that BAZ as a broadcasting industry regulator is real, the Broadcasting Services Act and its regulations are real, the penalties for none compliance with the Act and regulations are real and enforceable, ignorance of the law is not a defense and whether we like it or not the law is the law! While I took note of the sentiments of the participants and panelists regarding the negative impact of certain elements of the Broadcasting Services Act to innovation and “the Digital Future”, it is my view that the business of digital broadcasting cannot continue to ignore the deeper legal issues attached thereto if the goals highlighted at the Conference are to be achieved.

It is also vital to note that there are certain basic principles of the law that will remain constant no matter how much technology changes. Take for example the rules of the road. No matter how advanced our automobile technology may become, the need to observe road safety and compliance with rules of the road will remain constant (at least for the foreseeable future). The same applies to online services such as digital broadcasting. The opportunities may be limitless and far reaching but certain basic legal principles will still remain, such as respect for the content of other persons, the obligation to be ethical and the requirement to comply with territorial and international laws, among other issues.

I will not deny that the law in our country has not managed to keep up with the developments in tech for the most part but these two processes should be used by regulators and players to complement each other. The legal issues that arise from use of the internet cannot be ignored or dismissed as barriers to innovation. Issues of piracy, threats to personal and corporate data, protection of vulnerable members of society, defamation and slander are just some of the issues that require guidelines and regulation. So regulation is not a bad thing after all.

The tech experts need to be more engaging of the regulatory authorities that oversee their areas of interest. It is worthwhile to seek an understanding of the legal and regulatory provisions and how they affect one’s business model before committing to partnerships and investments in a particular venture. It also benefits the industry immensely if players are fully aware of the legal and regulatory aspects that affect them and to positively contribute to the changes in any provisions of the law that have a negative impact on innovation and the use of technology.

This guest post was authored by Edith Utete, a legal practitioner & lead attorney for Corporate and Information Communication Technology laws at BMatanga IP Attorneys. Before this, she was the Legal and Corporate Services Director for the Broadcasting Authority of Zimbabwe. Edith has been involved in the drafting and promulgation of various legal instruments including the Digital Terrestrial Television Broadcasting Regulations.

4 thoughts on “Reality Check: Myths about the digital broadcasting regulation in Zimbabwe”