Econet continues to play defence, asks its suppliers to cut prices by 15% 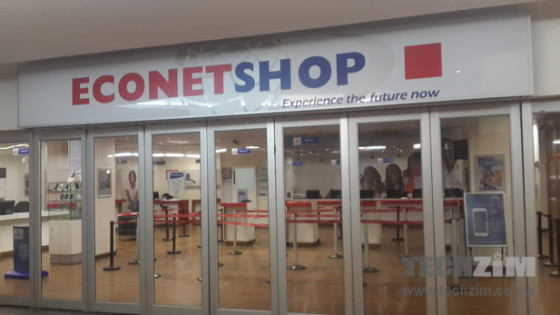 It’s going to get worse before it gets better for Econet and everyone tied to it. According to a statement released by the mobile operator, Econet has asked its local and international suppliers to reduce prices by 15%. This move is directed at suppliers of goods and services.

Any supplier who sells goods or services to Econet Wireless Zimbabwe, must cut prices by at least 15% or will be blacklisted as a supplier with effect from the end of July.

Recently, Econet Zimbabwe effected salary reductions that extended to staff employed at its subsidiaries, Steward Bank and Mutare Bottling. Now, these calls for reduced prices from suppliers will also affect the suppliers that have contracts with these same subsidiaries.

Econet has stated that it’s all part of an elaborate strategy to weather a tough environment. According to Douglas Mboweni, the CEO of Econet Zimbabwe,

We ourselves were forced to lower our prices by 40%, so if our suppliers don’t cut their own prices, we will go out of business. We do not think 15% is too much to ask others for.

This environment of course, is more than just the tough Zimbabwean economy. Econet, like other mobile operators, has been at the receiving end of tougher operating conditions set by the government and the industry regulator, POTRAZ.

Last year, mobile operators were given a directive to lower tariffs on voice calls, a business segment that has driven most of their revenues.

There was also additional tax introduced on airtime credit, as well as a new duty on mobile devices that weighed in on the phone distribution units that these operators run and slowed down the increase of our national smartphone penetration rate. All this was on the heels of hefty payments on operating licences.

Unsurprisingly, Econet posted lukewarm results which reflected a fall in profits and revenue. These huge indicators have since triggered a raft of changes in operations and services. Beyond these cuts, Econet has been doubling down on broadband services and taking measures to shore in and retain subscribers, whilst defending revenue lines from its cash cow, voice calls.

While this marks a deeper transition into a dark period for telecoms operations, the question that remains is whether the action taken by the government through taxes and tighter conditions will yield benefit for everyone concerned in the long term.

Lower tariffs have been most welcome by every subscriber, but the knock on effects of this, and the other measures taken have trickled down to a lot of businesses and individuals that weren’t necessarily enjoying the super profits that telecoms have been known to produce.

How will the other operators respond?

There’s no telling what these changes will mean for other telecoms operators, but if the rumors swirling around Telecel salary cuts are anything to go by, you can expect operators 2 and 3 to also reach out to their suppliers.  In this environment, that’s the sort of tightening of belts we can expect. As Mboweni stated, in a not so subtle call to other players,

We have carefully analysed the prevailing economic situation, and we have taken the corrective measures to protect the business. We urge others to emulate our example by being proactive rather than to just sit and watch helplessly.