I’ve just been harping on the significance of statistics that only about 15% of mobile phones in Zimbabwe are smartphones. According to POTRAZ, corroborated by previous reports, in excess of 97% of internet subscriptions are via the various mobile devices accessing GPRS, EDGE, 2G, 3G and HSDP.

These smart devices are largely populated in the urban areas where it is trendy to have such applications as WhatsApp and Gmail and where such terms as “Googling” are common language.

I want to think that smartphone penetration is low in Zimbabwe compared to other states mainly because of affordability of the device itself and that of mobile data.

It is however not necessarily because the devices themselves are expensive but coupled with low disposable income resulting from the current economic situation, most Zimbabwean cannot afford them.

Smartphones at the present moment and the recent years are still being considered as something of a luxury. Even though one can get a reasonably priced Huawei Y220 for $50 or the ZTE V795 for $55 in Econet shops, the Gtel Andy series and the Astro Ibho series at round the same figure, they are not affordable without a credit plan.

Who is dropping the ball?

The responsibility to develop and equip the nation with ICT skills and infrastructure equipment lies within two major stakeholders being the government and private players such as MNOs and device distributors.

While the government played a significant role by removing the duty on imported ICT equipment up to 2014, the resumption of that duty will negatively affect the importation of devices into Zimbabwe, at least formally. The informal sector will continue to flood with smuggled pre-owned devices that pay no duty while the corporates fail to compete through legally imported equipment. 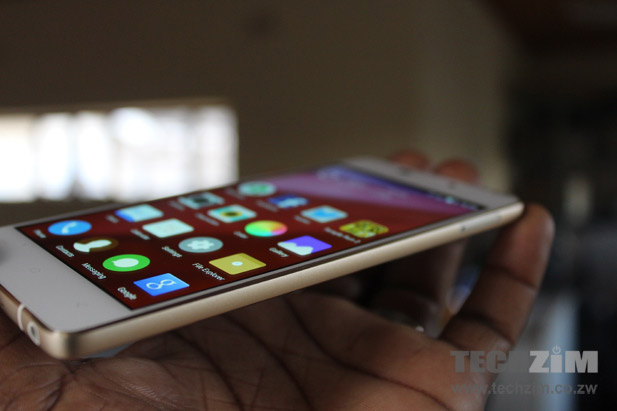 The private distributors are playing their part bringing into Zimbabwe all variety of devices from unknown cheap Chinese and Asian brands to the major manufacturers like Samsung. Gtel, Astro, Baobab, Sync, and unnamed devices which are now commonplace in the Gulf complex. The major challenge with private distributors is that their devices are not as durable and they offer no warranty or device support.

The mobile operators are the largest beneficiaries of the smartphone penetration but they are the weakest links. While they have the opportunity to sell and distribute the highest number of devices, they offer some unrealistic prices.

While Econet had the right idea to bring back contracts through the Premium packages, they lost it by making the Premium Plus bouquet expensive beyond the reach of many. The basic package gives a subscriber an entry level smartphone for $10 a months over 24 months. They only enjoy 10 minutes Econet-Econet and $2.00 worth of off-net calls and 20MB data. Seriously?

How about a package that simply buys a $50 phone over one year with $5 payments. Not only does this tie a customer to them for a year, but it promotes the use of their various platforms by increasing the number of smartphones in the market. It doesn’t end there, the option to upgrade and topup and so forth ensures that the customer continues to get a deal that hooks them onto a network.

there could be a package that allows a subscriber to trade in their old feature phone for a descent smartphone and pay $7 a month for a year? How about a basic device, WhatsApp and unlimited off peak calls for $8 a month for a year? I seriously think the MNOs can benefit from short term objectives to equip as many Zimbabweans with smartphones with the long term benefits of internet capacity utilisation.

To note of course is that Econet and NetOne have recently taken out huge loans and are not flexible in capex so the ball may have to be passed to Telecel.

2 thoughts on “Smartphone distribution in Zimbabwe – Whose line is it anyway?”