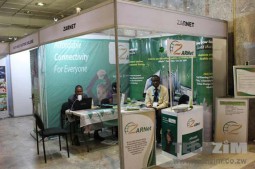 Portnet Software was established in 2005 under Portnet Corporation and has been a provider of SAP services to the government and the private sector locally and across Africa. Zarnet was founded in 1997 as the government’s IAP.

According to the press statement, the acquisition by Government was mainly meant to answer what the ICT Minister Supa Mandiwanzira described as security threats that the government is exposed to by getting services from non-Zimbabwean private companies. This discussion was triggered by the acquisition of a majority stake of Twenty Third Century, one of Zimbabwe’s leading SAP providers, by EOH of South Africa.

Earlier this year, Zarnet mentioned as the vehicle through which government would acquire Telecel, through a deal which was being conducted through CBZ bank. That story is still to be concluded, but it seems Zarnet already has its sight on other things. This is something big for a company that had nothing to show for with a US$290,000 loss in 2013 according to the Comptroller and Auditor General.

The curious question is how the government managed to raise enough money to facilitate this deal at this particular point in time when it has no money.

Lately, ICT and broadcasting related projects have been prioritized and are being mentioned as focus areas.  In the recent State of the Nation Address, the President also highlighted tech as part of the country’s 10 point plan. This indicates a higher likelihood of the budget for ICT being recognised against other ministries. Is the government finally waking up to the realities of ICT in governance?

17 thoughts on “Government finds alternative for TTCS as its IAP, Zarnet acquires Portnet”