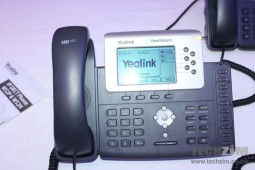 Once upon a time, the copper phone was the only means of telephony before cell phones came into Zimbabwe. People would queue up to a public telephone booth and slot in coins to make a call. Communication has since changed and technology has gone beyond just voice but mobile internet as well.

As a result, copper cabling equipment that was heavily invested in by the then Post and Telecommunications Corporation (PTC) became virtually defunct. At the same time, the exposed lines became good business for copper thieves who would steal the cables and melt them into various implements for sale. In most suburban areas, the ghost of PTC still remains in severed cables hanging from rusty telephone poles and broken exchange boxes at street corners.

The latest POTRAZ report indicates that the number of fixed lines has remained at a constant 329,000. TelOne, under whose custody the lines are, has not been maintaining or improving the infrastructure for a while now.

This is with good reason. It has been concentrating on developing a more lucrative carrying capacity through fibre backbone across the nation and last mile distribution through WiFi. After all 97% of internet connections are via mobile devices.

Voice communication is continually dying and TelOne, having collected $100 million from pre-dollarisation debtors, chose not to invested in this old technology. Simply put, money isn’t being poured into primary voice technologies. It’s why most of us were surprised when NetOne reintroduced the call box (Chatter box).

Rather than try and exploit the current copper that at some point Econet salivated for, investments may be better used developing FTTH and municipal and metro-WiFi solutions.

However, as much as fibre technology is the focal point in telecoms investments, one might argue that there is still capacity that can be utilised if copper is invested in. Copper lines are popular as a fibre to the node (FTTN) termination point and for last mile distribution in the developed countries.

The numbers on ADSL use, however, show that uptake is low enough for a TelOne front officer to remember customers by name. Applying for TelOne when you no longer have a landline is really a bit of a hustle.

The constant number of fixed lines which is most probably accounted for by corporates and government departments could also indicate that VoIP is not improving. I see a possible opportunity here that could be exploited.

If TelOne owns and delivers internet to the government, why doesn’t it migrate the government lines to VoIP and kill the landlines altogether? Not only will this reduce government communication bill (and we all know how most of these bills are incurred), but it will also improve the use of the internet within those same departments.

There will remain a few residential customers who can still be connected via cellular networks direct to their home. After all TelOne does have a Mobile Operator licence.